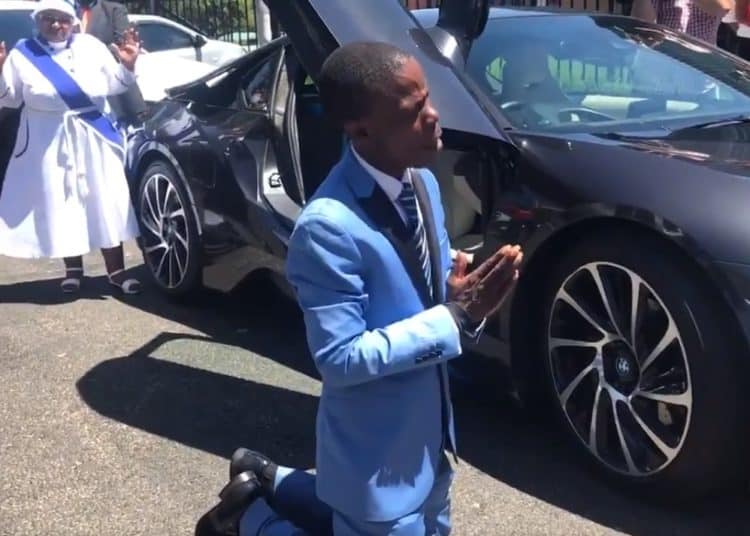 The controversial pastor
Spread This News

Pretoria – Incredible Happenings church leader, self-proclaimed prophet Paseka “Mboro” Motsoeneng on Friday said the downpours of rain being experienced in South Africa and Zimbabwe were a result of his publicised intercessions for rain in the two countries.

Mboro, who claims to be gifted with spiritual powers to deliver rain, was in Zimbabwe earlier this month as the country grapples under a severe drought hammering southern Africa.

“I was sent as the voice that would bring solutions from God to this country and our neighbours. I sent a message to Ekurhuleni Mayor [Mzwandile Masina] telling him not to worry because I was prophesying rain for the next seven weeks. I also got calls for intervention from Maluti-a-Phofung’s new Mayor [Masechaba Mosia Lakaje] and Pastor Tebogo Mofokeng [of the Mountain Deliverance Prophetic Ministries in Qwa Qwa] as rivers were dry.”

In Harare, Mboro said Zimbabweans initially kept him at an arm’s length, but the situation has changed after his recent rain crusades.

“They moved away from me initially because they thought I was one of those grass and snakes pastors. The matter has now been clarified and we have moved on from that.”

On his Prophet Mboro Times page on Facebook, Mboro has shared numerous videos of rain pouring in Zimbabwe during his prayer sessions and the interviews he had with Zimbabwean media houses.

South Africa has been in the throes of drought since 2014 with some recovery experienced in large parts.

A report released by South African farmers association AgriSA says an estimated 60 000 jobs are at risk as a result of the current drought and water crisis.