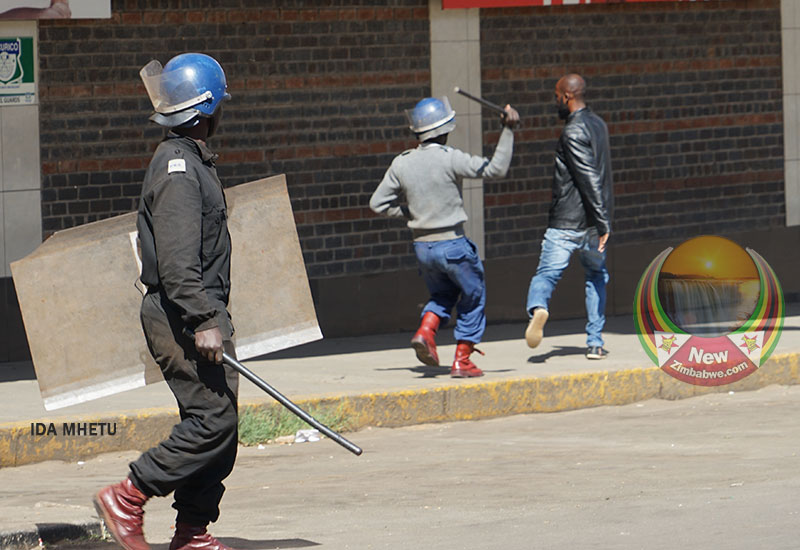 FIVE police officers who landed in jail after gouging out a Harare man’s eye accusing him of standing at a road intersection they were manning, have been set free by High Court judge, Joseph Musakwa.

The five were caged 18 months each for the offence which they committed against Washington Gezani on March 23, 2017.

“The evidence presented before the court a quo leaves a lot to be desired.

“Evidence led by the State was largely desultory. It does not show any diligence in systematically piercing together the crucial pieces on the part of the prosecutor,” Musakwa ruled.

He added, “That lack of alertness on the part of the prosecutor migrated to the trial magistrate in as far as assessment of evidence went.

“The trial court made an erroneous finding regarding who actually assaulted the complainants.

“The case was compounded by the fact that fellow police officers decided to shield the perpetrators of the assault. They preferred to see no evil in the whole process.

“The trial prosecutor made a mess of it by not seeking particulars that would have exposed the culprits.

The court had heard that on March 23, 2017, the police officers had been deployed to the intersection of Kenneth Kaunda Avenue and Julius Nyerere Way where there was traffic congestion.

It was getting dark and visibility was poor when the complainants, a married couple were assaulted by police officers in full gear.

It was alleged that Gezani was walking along Kenneth Kaunda with his wife when she was labelled a prostitute by one of the police officers.

When Gezani tried to intervene, he was heavily assaulted with batons and lost his eye.

Musakwa noted how the trial court had overlooked the number of officers that converged at the intersection.

In their appeal against sentence and conviction, the police officers argued that the trial court erred in convicting them as there were more than five officers at the scene who could have assaulted the complainants.

They claimed that the court had only sided with the conflicting version of the State witnesses and erred in finding that the group was properly identified.