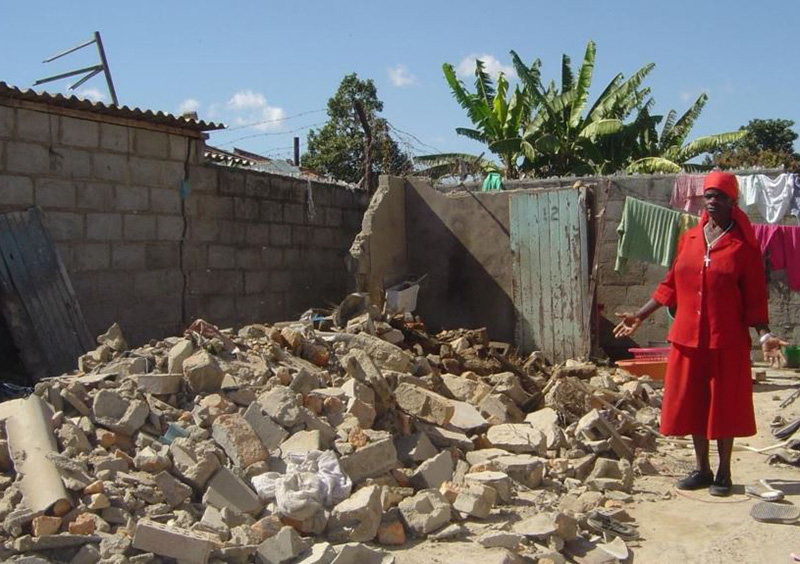 HARARE: A police officer stationed at Morris Depot has been arrested on allegations of duping home seekers of over $230,000 after he allegedly allocated them residential stands on a farm he did not own.

Stenia Kimbini, 41, who resides at ZRP Farriers, Somerby, appeared in court last Friday. He was freed on $300 bail with reporting conditions.

Complainants in the case include some 200 members of Global 3 housing cooperative which Kimbini formed back in 2012.

Court heard that some members of the scheme had already finished building their houses when the fraud came to light.

The properties had to be destroyed after farm owner Bob Tafirenyika claimed his land back.

Prosecutors say Kimbini and accomplices still to be apprehended hatched a plan in 2015 to defraud the unsuspecting complainants.

The conspirators misrepresented to home-seekers that they had obtained land at Rainhard Farm in Dzivarasekwa from the local government ministry.

They made the cooperative members pay various subscriptions for road construction, electricity and land development.

Court heard the home-seekers paid the required money after which they would be allocated housing stands.

It is alleged that some had already finished building the houses when, on April 25 this year, the Deputy Sherriff visited the area armed with Tafirenyika’s High Court order claiming he was the lawful owner of the farm.

The houses were demolished leaving the owners homeless.

Prosecutors say members then reported the case to the police leading to the arrest of Kimbini.