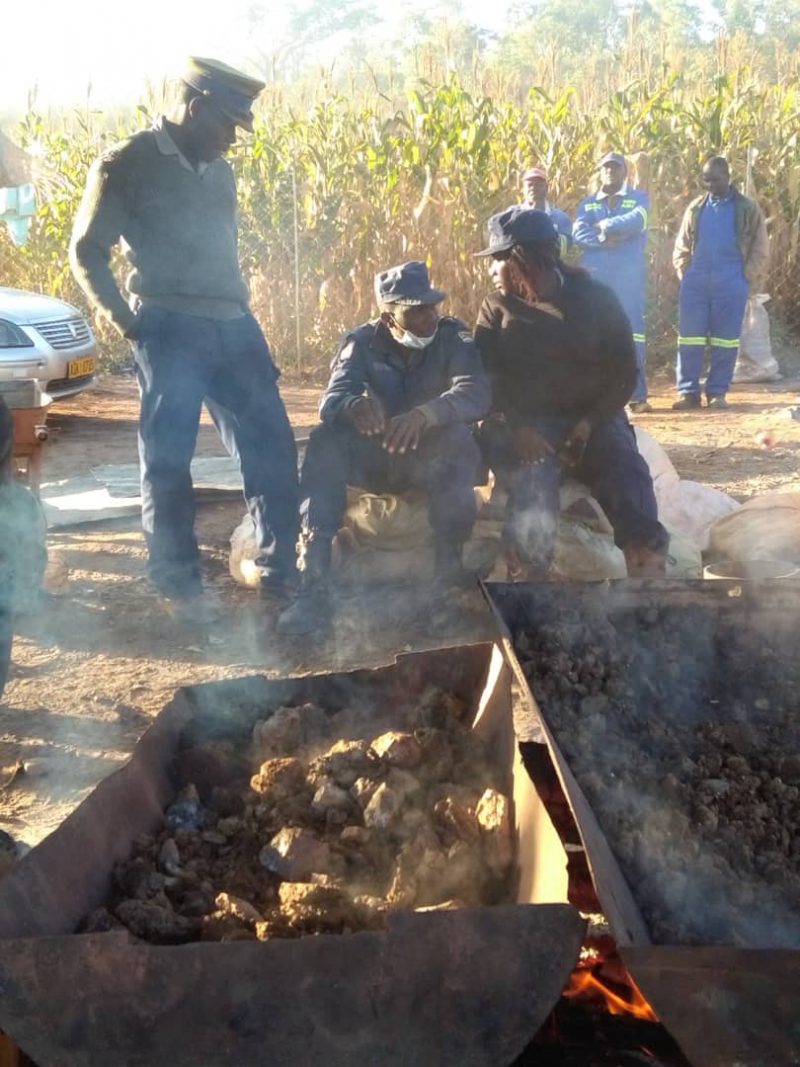 THE GOVERNMENT is facing fresh headaches over the invasion of Jumbo Mine after police officers deployed to seal it off have started to fraternise with trespassers and have joined the gold looting spree, it has emerged.

The mine, located in Mazowe district, was placed under judicial management in 2016 and the government has since then been trying to acquire it through the Kuvimba Mining House in which it has a controlling stake.

After it was placed under judicial management, police officers from the elite Support Unit have been deployed to guard the gold mine in a bid to prevent illegal mining activities.

It has, however, emerged that instead, the cops have joined the looting spree and are regularly seen scurrying for gold at the mine amid reports of serious sleaze involving senior police officers in the area.

“The corruption going on there is unprecedented,” an official source told NewZimbabwe.com Saturday.

“For any police officer to be deployed there, he or she has to pay a bribe of US$20 to his superiors. So they have become accomplices when they should be helping to protect the mine.

“They have joined the looting spree and practice artisanal mining. The mine is, however, not suitable for that. It is ideal only for heavy-duty mining as it has very deep tunnels which are dangerous. Several accidents take place there and some go unreported. As we speak, there are three dead bodies inside (mine shafts) which have not been retrieved,” the source said. 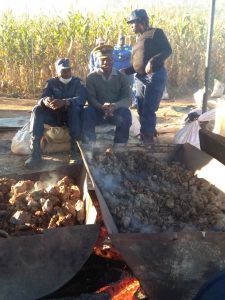 “He (Kazembe) is good friends with the district police officer named (Gladman) Chiparaushe. They are former classmates.

“The issue is that he was working in Hwange but when Kazembe became a minister in charge of the police, he caused him to be transferred to head Mazowe district where he is helping in the looting spree,” the source said.

“They are allowing artisanal miners to plunder the mine and also unlicensed gold dealers to trade and they pay a certain fee in return.

“The money is then used to finance Kazembe’s political undertakings as he is now busy campaigning to retain the Zanu PF provincial chairmanship in what is turning out to be an intriguing race. There is a whole cartel of unlicensed and untouchable gold dealers operating in the area.”

However, repeated efforts to get comments from both Kazembe and Chiparaushe were fruitless as their mobile phones were unreachable. 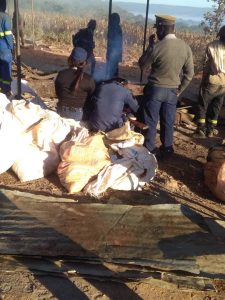