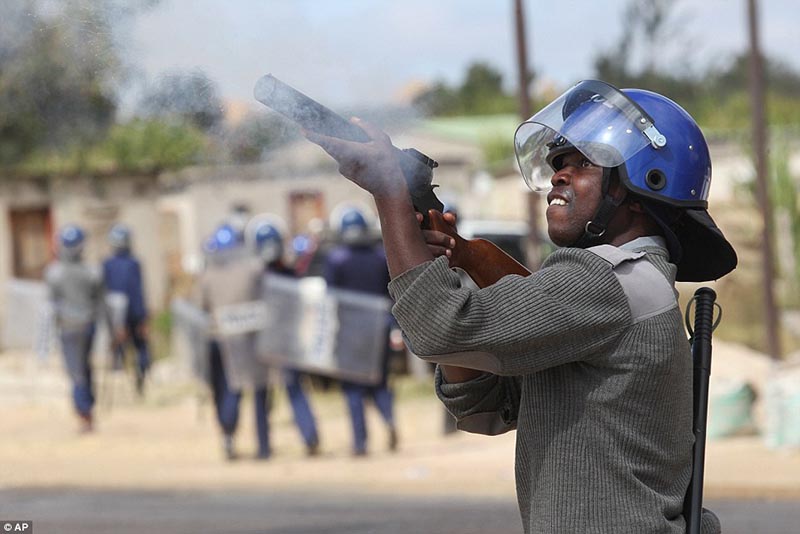 SCORES of police officers and other civil servants set to be on national duty on voting day, risk failing to cast their ballots in this year’s elections which will be polling station based.

Under the new Biometric Voter Registration (BVR) system introduced by the Zimbabwe Electoral Commission (ZEC) last year, voters will now be required to cast their ballots at a particular polling station within their wards, instead of voting at any centre as was previous the case.

ZEC has hired civil servants such as teachers and police officers to conduct the elections as well as provide security during the duration of the election period.

According to ZRP sources in Bulawayo, some 3,000 police officers from Bulawayo have been deployed to Matebeleland South during the election period.

The officers are registered voters in various wards in the city, according to sources.

“Most of the police officers in Bulawayo will not be able to vote because most of them have been deployed in various areas in Matebeleland South province.

“I have been deployed to Beitbridge during the election, yet I am a registered voter in Pumula,” said an officer who refused to be named for fear of victimisation.

The sources accused ZEC of trying to disenfranchise police officers from voting because of their perceived anti-Emmerson Mnangagwa stance.

Following the November 15, 2017 military coup which ousted former President Robert Mugabe, the successor regime appears to be side-lining the ZRP and placing its trust in the military.

Police sources also told NewZimbabwe.com that scores of police officers throughout the country have also been deployed outside their provinces.

Speaking at a Mass Public Opinion Institute (MPOI) conference on elections in Bulawayo on Thursday, ZEC Commissioner Qhubani Moyo said his understanding is that civil servants taking part in the elections are supposed to be deployed in their respective wards so that they are able to vote.

“The most ideal thing is that if one is a teacher, she or he is supposed to be deployed in his or her own ward so that they are able to vote.

“I suppose this also apply to police officers who are involved in the elections,” said Moyo.