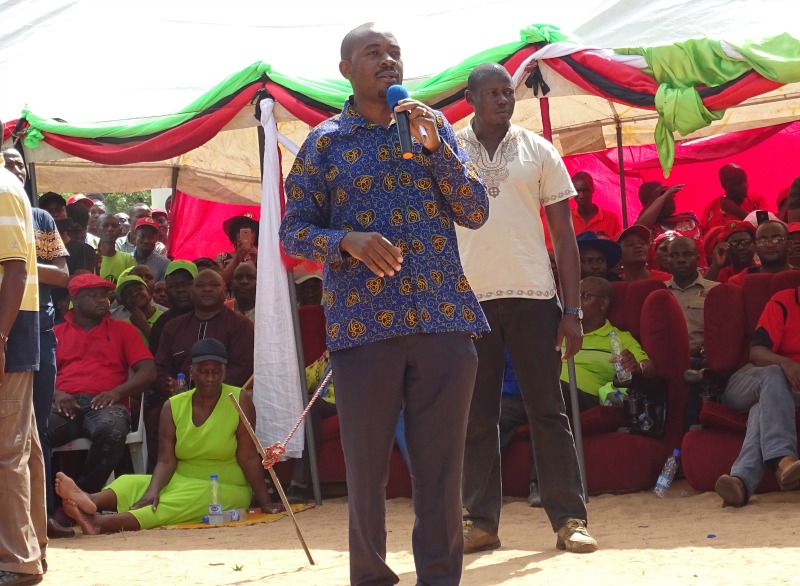 Chamisa made these claims while addressing a rally held at Ruwangwe Business centre in Nyanga North recently.

He said ICT upgrading will be a top priority in the MDC infrastructure development programme as the country was lagging behind in terms of internet connectivity.

“First we will upgrade our internet connectivity so that you don’t need to go on top of the mountain to access network. We need to install boosters all over the country.

“It’s a shame for Supa; when I left the government the ministry was intact but when he took over akapedza nguwa achitsvaga kwekunokora (stealing). If I had remained a minister I think kana mbudzi dai dzava ne internet.

“Supa hutsi haatomboone kana chinhu one (Supa doesn’t know a thing). Everyone should have access to network even when you are in your bedroom even when you are at your small house or big house (girlfriend). We need to address issue of connectivity in the country,” said Chamisa.

He said his vision was achievable considering that he managed to reduce the price of sim cards from a price of a cow to $0.50 during the inclusive government.

“It’s possible because during my tenure as ICT minister during the inclusive government, I managed to reduce to price of sim cards from a price of a cow to $1 for two,” said Chamisa.

During his tenure as ICT minister during inclusive government, Chamisa was praised by former president Robert Mugabe as intelligent and hardworking.

However, the ICT ministry has been dodged with scandals ranging from shady tender deals to allegations of corruption.