“We cannot take advantage of a situation of this nature,” he said.

“Whoever is doing it is not with us. People must not take advantage of the situation. We must be able to benefit the maximum from the support that is coming through.”

Harare City Council immediately revealed that those suspected of involvement in the scam had been suspended.

Masiyiwa, whose Econet Group has operations across the globe, expressed outrage that officials were trying to extort the fund which was established by Econet Wireless Zimbabwe through the telecoms entrepreneur’s Higher Life Foundation.

“One of the saddest things that happened last week when Econet announced that it had set aside $10 million to help with support to buy medicines and materials, was the number of suppliers and even officials in some of the affected municipalities who tried to defraud our company by offering things at highly inflated prices!

“Gloves worth $3 were suddenly worth $65! That is just pathetic! I have told my people to prepare lists of anyone who wilfully tries to exploit the situation,” Masiyiwa revealed on Facebook.

The Zimbabwe-born tycoon addded; “After this crisis is over we will go after them on this platform. Naming and shaming them.”

Harare city council revealed late Monday that those suspected of involvement in the scam had been suspended. 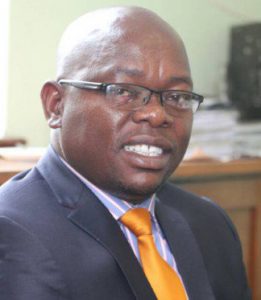 “Harare City Council has suspended some officials who attempted to defraud the Econet cholera fund and some of them are being informed as I speak to you,” said council spokesperson Michael Chideme.

“They tried to inflate prices for goods and services to be used in the fight against cholera.”

Chideme would not however, reveal the names of those suspended saying some needed to be formerly advised first.

“It would be unfair for some of them to hear about their suspension through the press.”

Meanwhile, the Community Water Alliance (CWA) which has  engaged in peaceful demonstrations and sit-in protests against Harare City Council, said it was not surprised by Masiyiwa’s revelations.

“Bureaucrats at the City of Harare are experts on such issues,” said Hardlife Mudzingwa of CWA.

“They did the same at Morton Jeffrey Water Works when they inflated prices on the construction of warehouses under the US$144 million China loan.

“We are not surprised by such actions; what surprises us is the complacency when it comes to acting against such corrupt officials.”

Cholera first hit the Harare high density suburbs of Budiriro and Glen View before spreading to other towns and cities such as Bulawayo, Chitungwiza, Kwekwe and Masvingo with more than 5,000 suspected cases having now been reported countrywide.

Amid fears that the disease could spread even further, local government minister July Moyo said Monday that authorities were taking precautionary measures in over 23 cholera hotspots around the country, including Chegutu, Kariba, Chiredzi and BeitBridge.