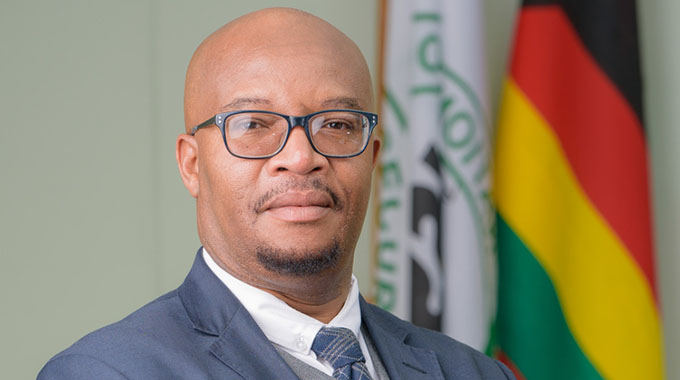 INVESTIGATIONS into National Social Security Authority’s (NSSA) general manager, Arthur Manase’s corruption scandals have reached a crescendo with the Board sending him on leave this week to pave way for investigations.

Manase is at the centre of corruption allegations involving the plunder of funds at the institution amid reports that he received a US$750,000 housing loan and continues to take a monthly US$2,500 housing allowance to service the loan despite the fact that he already owns.

Sources at the corruption-ravaged institution have since alleged that the top executive received five luxury vehicles.

Other top-line executives are said to have received loans ranging from US$60,000 to US$100,000 and top of the range Land Rover Discovery vehicles.

The entire NSSA board recently took a luxurious vacation in Mombasa, Kenya which was branded as a strategic training exercise to improve services for pensioners.

Manase is also alleged to have squandered money running into thousands of dollars through manipulating the authority’s investments schemes.

NSSA chairman Percy Toriro confirmed in a statement Monday that Manase had been sent on leave of absence to pave way for investigations.

“A comprehensive investigation has been instituted to get to the bottom of the matters,” said the Board chairperson.

“The board has appointed Charles Shava Occupational Safety and Health director as acting general manager.”

A highly placed source privy to boardroom issues at the state enterprise told NewZimbabwe.com that all is not well for the authority’s top executive who is facing intense pressure from a section of the board to vacate office.

“Instructions for investigations into the allegations and suspension of Manase were sent through the board chairperson last month,” said the source.

“The Labour Ministry also wrote to the Board Chair to commence a forensic audit and suspension.

“The board chair even wrote the suspension letter last month but Manase who had initially agreed to leave and even to resign at one point then changed his mind, and now says only President Emmerson can order him to go on suspension or resignation.”

The developments come against a background where the Zimbabwe Anti- Corruption Commission (ZACC) has confirmed initiating investigations into the allegations at NSSA.

However, Manase neither responded to phone calls and WhatsApp messages sent to him over the developments.

NSSA spokesperson, Tendai Mutseyikwa had been downplaying the allegations when contacted by our publication in the past weeks.

“Hi. I’ve been away since Tuesday. Where has the incumbent gone?,” he said.

A key stakeholder in NSSA, Zimbabwe Congress of Trade Unions (ZCTU) secretary general, Japhet Moyo also raised concerns on the manner in which investigations are being conducted at the authority.

“The information that we have gathered so far is that ZACC did visit NSSA in June and were able to interview management. However, the information has not been collaborated by those sitting at the board and we are still to get more information regarding the goings on.

“What we have not yet done is to officially request the Ministry that administers the scheme to provide the details. We are very anxious as representatives of the constituency that is contributing to NSSA to know exactly what is taking place within the scheme,” he said.

Contacted for comment and quizzed on progress into the investigations concerning the rot at NSSA, ZACC spokesperson John Makamure confirmed that progress had been made without shedding more details.

“There has been tremendous progress. That is all I can say for now,” he said.