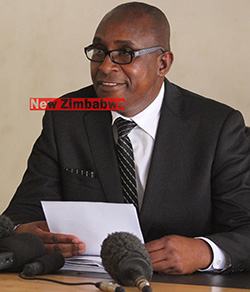 CORRUPTION is simply defined as “the abuse of entrusted power for private gain” according to Transparency International. Corruption can be classified as grand, petty and political, depending on the amounts of money lost and the sector where it occurs.
The Zimbabwean Anti-Corruption Commission (ZACC) is a body that was established after the passing of the Anti-Corruption Commission Bill in June 2004. The Commission is a signatory to the Southern Africa Development Community (SADC) Protocol as well as the African Union (AU) and United Nations Convention on Anti-Corruption. However, according to a 2009 report by Global Integrity, the Commission is highly inefficient and “has very little authority to take steps aimed at stopping corruption in Zimbabwe.”
Section 254 of the Constitution of Zimbabwe Amendment No. 20 0f 2013 gives ZACC the mandate to fight corruption. This body may be referred to as the Constitutional watchdog fighting and combating corruption through investigations and prosecution through the assistance of the police and the National Prosecuting Authority.
However, it seems that the Zimbabwe Anti-Corruption Commission (ZACC) has been fighting a losing battle, or to better put it, it is just a toothless bulldog. It is appalling to note that a body conferred with so much power by the highest law of the land has failed to use those powers to the best of its abilities.
On 24 October 2016 the Chief of Staff Administration in the Zimbabwe National Army, Major General Douglas Nyikayaramba made an interesting statement before the Parliamentary Portfolio Committee on Defence and Security, saying:
“Corruption is a cancer which is taking the nation backwards, thereby causing insecurity to the nation… the ordinary citizens expect authorities to address these issues, but if nothing happens to the alleged criminals, they will end up being ungovernable and creating problems for the defence forces. Development is being derailed so that individuals can benefit at the expense of the whole nation.” Advertisement