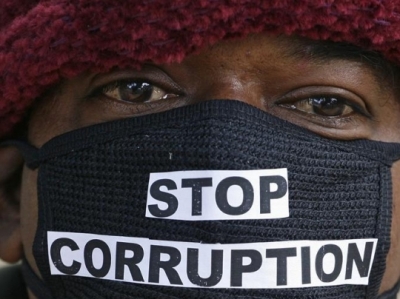 Re: Corruption and Technocratism
I request that the problem of corruption be dealt with decisively by means of legislation that shines the light on logistics management (value chain management) in all transitions in both government and the private sector.
What we all know
The Procurement Department of Government has been called the ‘sin city’ by our minister of finance. The power cuts are the result of corruption in the tendering process: the corrupt won the tenders to generate electricity despite glaringly lacking capacity. Buyers in every local/government departments have inflated prices to an extent the devil is ashamed of them. Imagine a single ordinary ball point pen is claimed to have cost $US1000! Yes our country is under sanctions but sanctions are the least of our worries. The portion of the country’s GDP that is siphoned out through corruption runs into billions.
Buyers in the private sector have cost their employers. It is the same modus operandi: over pricing for a kick back. The employer does not get the best product or service at the best price and the public suffers as products are offered at higher prices.
Our enemies are right about us
The truth is humbling; potentially embarrassing. We are known world over for living in a horrible dictatorship of Mugabe and our elections are rubbished but both you CDE Chinos and I agree that our elections were credible and that we do not live in a dictatorship. BUT and a big BUT! Our enemies are truthful when they put us in the top 10 of the worst corrupt countries in the world. We cherish our sovereignty which was built on the values of the liberation struggle (VLS). Corruption is an arch enemy of VLS. How did we become this bad? The imposition of economic sanctions against Cuba and Iran did not breed corruption in these countries.  Our Leadership?
Wilful blindness and rhetoric
I listen to the speeches of CDE Mugabe.  I remember him saying, ‘If there is evidence of corruption, we prosecute’. I have wondered, given the rampant corruption, how CDE President fails to see what everyone else sees.  Factor in Kereke who has the evidence but no action is being taken! There is a risk CDE President could be viewed as wilfully blind to corruption, which indeed is the worst form of corruption.Advertisement