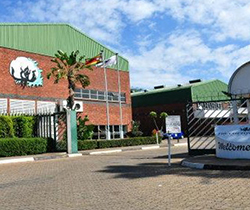 THE Cotton Company of Zimbabwe (Cottco), sub-Saharan Africa’s largest ginner and marketer, is betting on diversifying into cooking oil production as it seeks a turnaround, its executive chairman has said.
Cottco has five ginneries in Zimbabwe’s major cotton-growing regions, with capacity to produce 150,000 tonnes of seed cotton.
Once an undisputed dominant force in Zimbabwe’s agro-industrial sector and a major employer, Cottco has hit turbulent times and last November applied for its sole cotton ginning subsidiary to be placed under judicial management to avert foreclosure over debts running up to as much as $50 million.
Cottco subsequently withdrew the application, apparently after reaching some agreement with its creditors.
In its HY2015 results released last September, Cottco reported a 15 percent dip in revenue to $17 million and a $10 million loss, which was however lower than the $27 million loss recorded in the same period of HY2014.
Cottco executive chairman Douglas Ncube, who was appointed in December with a turnaround brief, told The Source that the company will seek to diversify its product mix in the face of depressed lint prices.
“We are positive that diversification will bring change in company profits so that we can settle our debts, therefore we will invest more in cooking oil which comes as a by-product in cotton processing,” Ncube said in an interview.
“The company is expecting to harvest between 50,000 and 60,000 tonnes of cotton seeds this year but we still need funds for the current farming season. Government is also helping us by providing inputs but we still need more to sustain good harvests.”
Cottco bought into oil manufacturer Olivine in 2007, before divesting last year.
The dwindling international lint prices due to low demand in major world markets will also affect local cotton growers and ginners. As at December, international cotton prices were at 70 cents per pound.
“The international lint prices in the meantime are down and this will affect the local cotton industry negatively. Our cotton industry can only be stable if lint prices are at least above 90 cents per pound,” Ncube said.
Ncube said the number of cotton ginners has also dropped to between seven and eight players from 13 due to viability problems, while cotton growers are migrating to tobacco growing.Advertisement