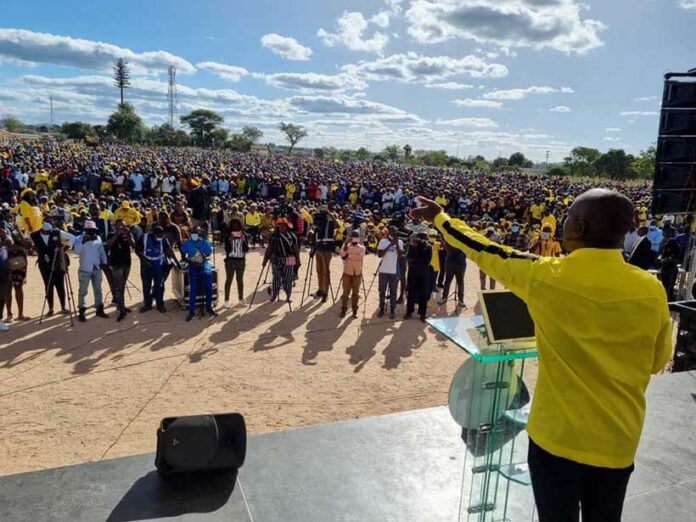 Allegations against Innocent Munhazu relate to the CCC rally held on March 20 at Rujeko Open Grounds ahead of the March 26 by-election.

It is alleged that Munhazu was headed towards Rujeko, where the city’s sewer station is situated, when he met a group of people who asked him for transport.

Sources at the Town House revealed that Munhazu was suspended after a complaint by ruling Zanu PF councillors led by Ward 10 councillor, Sengerayi Manyanga.

Manyanga is on record calling on council to deploy a tracking system to avoid misuse of the local authority’s vehicles.

He said this during a full council meeting held on March 28 where he alleged that he had seen a council vehicle at a CCC rally.

NewZimbabwe.com tried to get Munhazu’s side of the story but he wasn’t picking up his mobile and did not respond to text messages sent to him.

Contacted for comment, Manyanga denied having a hand in the suspension saying he just heard of the rumour that Munhazu had been suspended.

“I am not fully aware of that issue but I just heard grapevine that he has been suspended. You can get in touch with the town engineer and he should have finer details,” said Manyanga.

Shonhayi could not be drawn to comment as he terminated the call after being asked about the suspension.

Council is reportedly conducting investigations into the case and Munhazu is expected to know his fate anytime soon.