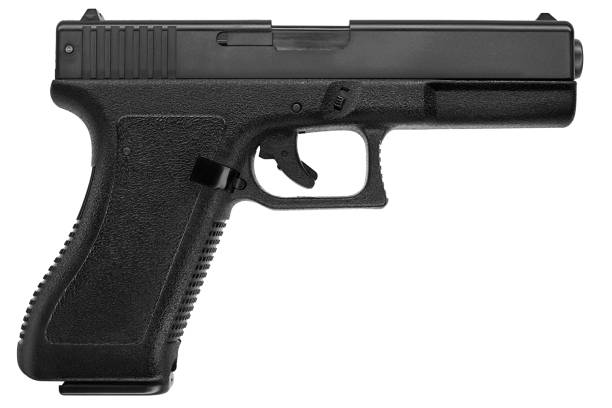 Johnson (56), who was represented by Munyaradzi Bwanya and Arnold Taruvinga, appeared before magistrate Ngoni Nduna.

The American a retired first-class sergeant in the Army was arrested by counter terrorism officers and had been subjected to interrogation on his visit intention into the country.

Johnson is being charged with boarding air transport with a firearm without authority and possession of firearm.

When he appeared in court yesterday his lawyers applied for the improper splitting if the charges saying Johnson should be charged with one offence since the events of arrests were similar and the state outline was the same.

Bwanya said the framing of the counts will prejudice their client since he wanted to plead position of firearm.

But the state represented by Garudzo Ziyadhuma opposed to the application saying the framing of the charges were in order.

Ziyadhuma said Johnson should have declared his firearm 24 hours before his flight and it can be kept at a secure place.

However, magistrate Nduna dismissed the application saying the splitting of the charges were proper.

Johnson was then remanded to Tuesday for bail application.

The complainant is the State represented by Detective Sergeant Kuratidza of CID Counter Terrorism Unit.

Allegations are that on February 5, Johnson entered Zimbabwe and was issued with a 30-holiday visa expiring on March 5, 2022.

The accused had not applied for the authority to carry a firearm on board an air transport 24 hours prior to check in, in terms of section 65(3) as read with section 65(4) of the Civil Aviation (Security) Regulations, 2019.

A firearm was detected by the scanner leading to a physical inspection of his suitcase.

Patricia Mbodza, an Aviation Security Officer at Robert Gabriel Mugabe International Airport and Patience Blessing Moyo, a Police Officer conducted a physical inspection of leading to the recovery of a 9mm black rubberized Glock 17 gen 4 pistol serial number BDTD259 and three loaded magazines of 15 rounds each from his suitcase.

The state alleges the accused person had no authority to carry the firearm and ammunition in Zimbabwe without a firearm certificate in terms of the Firearms Act, Chapter 10:09 aboard air transport leading to his arrest.

The firearm was manufactured after 1900 according to the Ballistics.