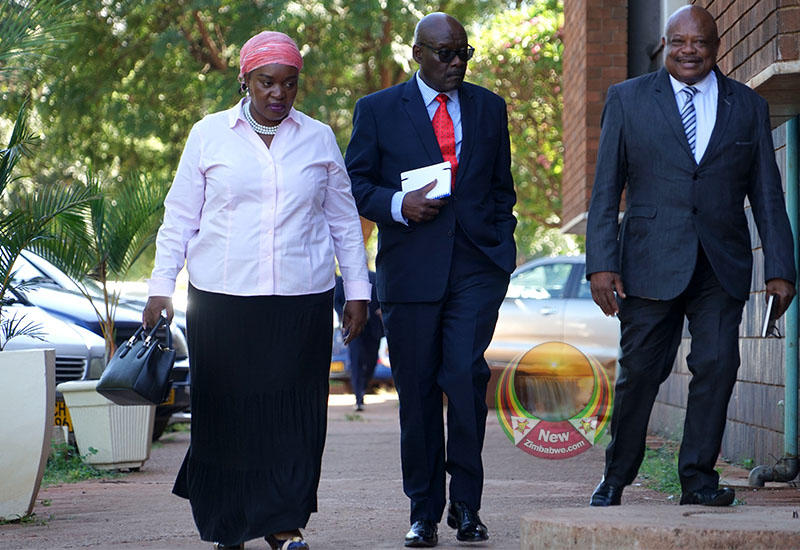 LAWYERS representing former Health Minister, David Parirenyatwa on Wednesday requested trial to be pushed to this Thursday after they were served with a transcript of a witness’s testimony which contradicted notes they captured in court.

Parirenyatwa, through his lawyer, James Makiya requested for an audio from which former National Pharmaceutical Company (NatPharm) board chairperson, George Washaya’s testimony was transcribed “to clear any prejudice which may arise.”

Washaya told court that Parirenyatwa did nothing criminal by employing Norman Madzikwa as managing director before he described the former minister as “best minister ever.”

Parirenyatwa’s lawyers said there were differences they have noted between the audio and the notes.

“What we have in our notes is not what is in the transcript. So we would want to listen through the audio of the witness testimony before we cross-examine him,” said the lawyers.

Harare magistrate Elijah Makomo granted the application before he postponed trial to this Thursday.

He told court that Sifeku was now old to such an extent that she was no longer able to bear work related pressure.

“There was an outcry from the whole country because of her inability. For example, early last year, urgent action was needed to procure drugs during the first quarter of the year, but she only managed to do so in the second quarter.

“The former minister had done a lot of things which benefitted NatPharm and we would never take his move to appoint Madzikwa as a wrong one,” said Washaya.

Washaya said Sifeku (65) was too old and had exceeded the number of years she was supposed to be with the parastatal.

He said there were no reservations from the board over Madzikwa’s appointment.

“He was the exact person we wanted at NatPharm,” the former chairperson said.

Washaya said the situation at the company was no longer normal because of Sifeku’s incompetence.