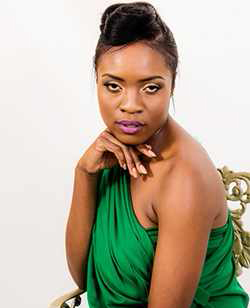 A HARARE court last week backed a claim by model, Mercy Kamanura, 24, that she was forced to write a statement admitting stealing a garment from an Edgars store in the capital.
The reigning second princess of Black Opal Face of Zimbabwe wrote a statement admitting stealing a trending jumpsuit from the shop before she was taken to the police.
However, magistrate Batanai Madzingira ruled Friday that Kamanura might have written the statement not knowing she was nailing herself.
The model had argued that she was coerced to make the statement after the jumpsuit was found in her bag.
Madzingira said Edgars’ security manager, Isaac Kanyandura, had no powers to make the model write a statement.
“She (Kamanura) was not told that she was under arrest,” said the magistrate.
“She was not informed of her rights; for example the right to remain silent. Her rights were not explained to her and, in those circumstances, if a person waives her rights it should be in writing.”
He added, “Kamanura might have done so not knowing she was self-incriminating.
“The trial within a trial should not have been held because the accused’s statement was not given to the police; neither was it at the police station because only police officers have the obligation to inform the accused of his or her rights.”
Kamanura who is out on $30 bail was arrested last month after she was found in possession of an unaccounted for jumpsuit in her bag.
Court heard that she then admitted the offence in writing.
Edgars security manager, Kanyandura, had argued that it did not make sense that the model was now denying theft charges yet she wrote a statement admitting the crime after being caught red handed.
The security manager said the model wrote the statement because she believed she was going to be forgiven since she was a frequent customer.
However, even after admitting the offence and pleading for forgiveness Kamanura was taken to the police station.
Through her lawyer, Lovemore Matapure, Kamanura however disowned her statement when the trial opened prompting prosecutor Progress Maringamoyo to apply for a trial within a trial.
The main trial will resume Monday.Advertisement