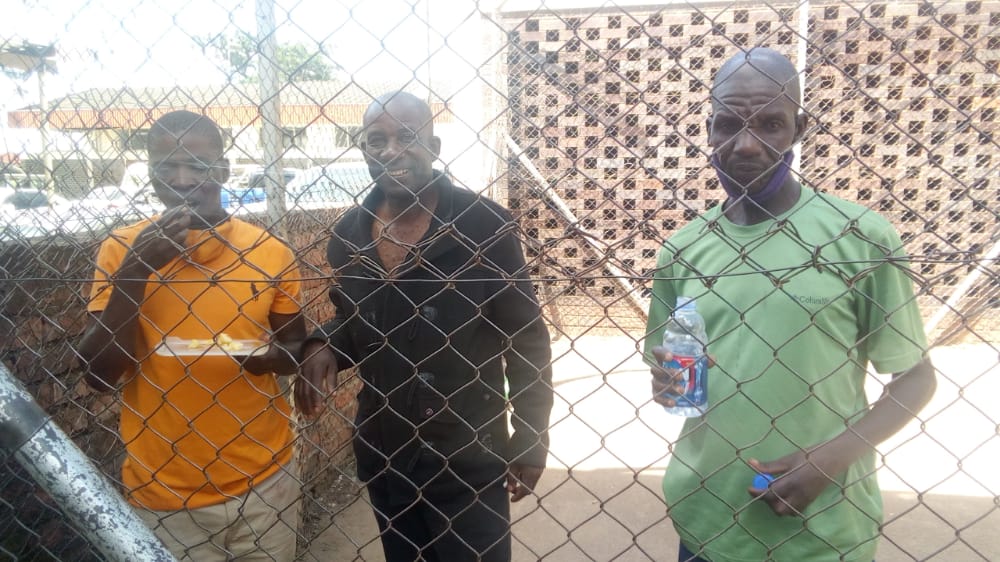 Some of the officials who were arrested
Spread This News

THE trial of 12 Mashonaland West MDC Alliance officials is expected to kick off on 13 April.

The officials were arrested last month at the party’s Chinhoyi offices while holding a meeting which authorities say was in defiance of Covid-19 lockdown regulations.

The dozen activists will have their day in court after magistrate Lisa Mutendereki Wednesday threw out their application for refusal of further remand arguing there was a prima facie case against them.

At their previous appearance, the 12, through their lawyer Fortune Murisi, had argued they did not commit any offence and described their arrests as unlawful.

Murisi then lodged the application for refusal of remand whose ruling was deferred.

The defence went on to demand that failure to free the 12, court should provide a trial date.

The group is facing charges of contravening the national lockdown restrictions by holding an illegal meeting, knowing that such gathering is prohibited.

The state case is that on 20 February this year at around 1pm, the accused persons acting in common purpose with others who are still at large gathered at the MDC Alliance party offices at 11048 Fairview, Mzari, Chinhoyi, to hold an illegal meeting.

The accused persons were not exempted to attend such a gathering under the Covid-19 regulations.

Police were tipped off on the gathering, leading to their arrest.