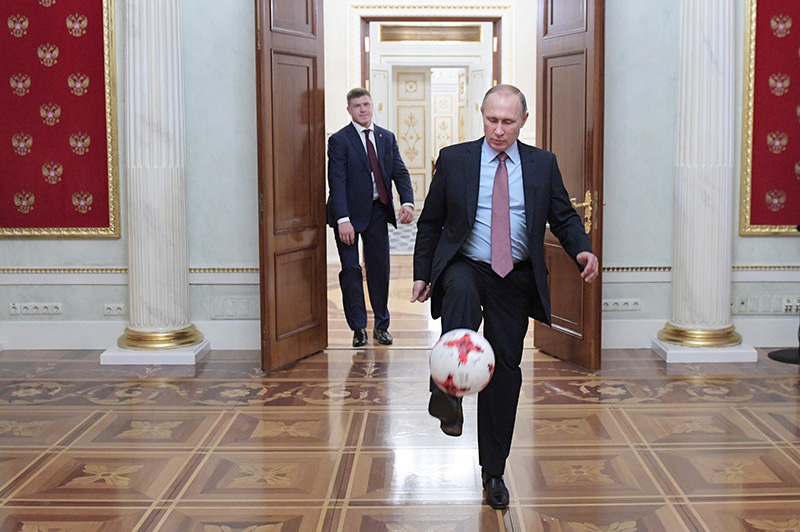 GENEVA: The ban on Russian soccer teams from European competition was upheld Tuesday by the Court of Arbitration for Sport. A separate ruling on Russia’s World Cup status is expected later this week.

The urgent CAS ruling on the European ban — an interim judgment pending a full appeal hearing in the weeks ahead — applied only to the Russian soccer federation’s legal action against UEFA, the governing body the sport in Europe.

A similar ban by FIFA is part of a separate Russian appeal to CAS. Russia had been scheduled to play Poland on March 24 in the World Cup qualifying playoffs.

Last week, FIFA awarded a bye to Poland. The Polish soccer federation and players had said they would refuse to play Russia.

CAS said the Russian appeals to freeze both FIFA decisions — the ban and giving Poland a bye — are “likely to be issued at the end of this week.”

Russian athletes and teams have been banned from dozens of sports since the country invaded Ukraine last month.

Tuesday’s verdict on the UEFA ban gives an indication of how the court might act in the FIFA case.

The CAS decision on the European ban was made by the president of the body’s appeals division, Corinne Schmidhauser, acting alone and without publishing the detailed reasons. Full appeal cases are expected to be decided by a panel of three judges.

The ban imposed by the UEFA executive committee on Feb. 28 — in a joint statement with FIFA — removed Spartak Moscow from the Europa League. Spartak’s opponent in the round of 16, German club Leipzig, was given a bye to the quarterfinals.

Russian under-21 and youth national teams for men and women were also scheduled to play European Championship qualifying games in the weeks ahead.

The Russian women’s team qualified for Euro 2022 and is currently barred from playing, though legal cases are likely to be resolved before the tournament opens in England on July 6.

The Russian appeal against UEFA cited future opponents as active parties, including the soccer federations of Belarus, England, France, Portugal and Spain.

The Russian appeal against FIFA also cites the soccer federations of Poland, Sweden and the Czech Republic. They are all in the same playoff bracket. The Swedes and Czechs have also refused to play against Russia.