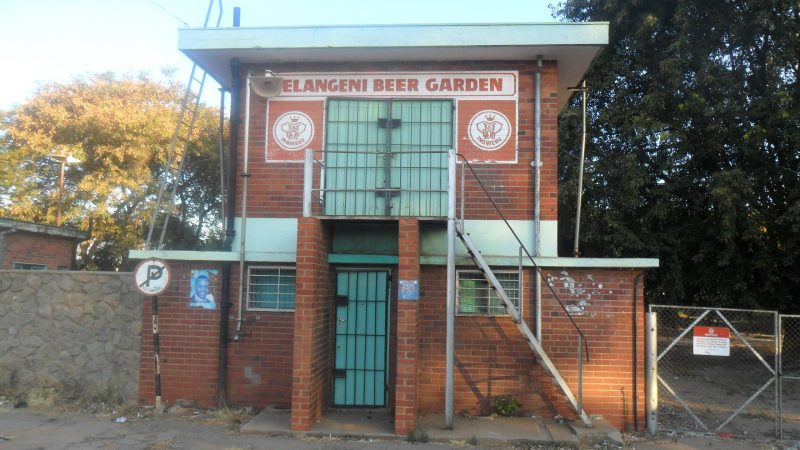 THE forced closure of all bars by government as a Covid-19 precautionary measure early this year has left food vendors who used to operate inside council beerhalls in Bulawayo’s high-density suburbs without income.

However, the once-booming business was immediately halted on 30 March when President Emmerson Mnangagwa decreed a ban on public gatherings and stopped bars from operating.

The ban still stands four months later amid an increase in Covid-19 cases.

However, the continued lockdown has left the food traders counting the losses.

“I used to sell roasted meat to patrons at Elangeni Bar before the outbreak of Covid-19. The money which I used to get from vending in the beerhalls helped me to buy food for my family. Now we are starving because my business has been affected,” said Sharon Sibindi, a vendor in Tshabalala.

Hebert Sigauke said he used to sell herbal aphrodisiacs outside Sizinda Beer Hall but due to the outbreak of Covid-19, he has since stopped the business.

“Most of my natural herbs are mixed with opaque beer and that is why I used to have a lot of both female and male clients in beerhalls. Before the outbreak of Covid-19, business was very good.  Now all my clients are gone,” said Sigauke who is of Malawian origin.

Another vendor, Grace Ndlovu said she used to sell sadza and cow trotters to imbibers at the entrance of Big Bar in Makokoba but following the closure of the bar, her life has been turned upside down.

“Big bar was my livelihood. I used to sell sadza to imbibers. At times, I would take home more than $US30 per day especially on paydays,” she said.

A former patron at Elangeni beerhall said a lot of opaque beer imbibers in the high-density suburbs have now resorted to drinking illicit home brews.

He urged the government to consider re-opening some of the beerhalls under strict Covid-19 prevention restrictions.