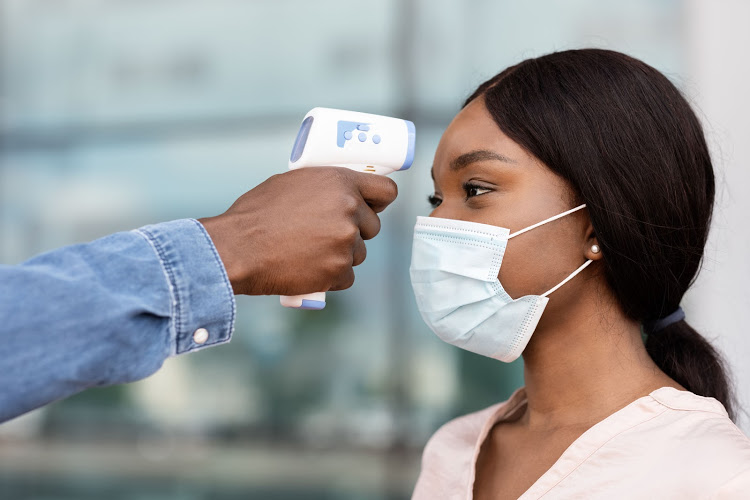 In Zimbabwe’s capital, Harare, the main funeral parlours and cemeteries are overrun and the city’s biggest hospital is in a shambles, while the Beitbridge border with South Africa is a mess.

Zimbabweans seeking to enter South Africa through that border have experienced lengthy delays.

The situation has been exacerbated by the production of fake Covid-19-negative test certificates. Earlier, delays were on the South African side of the border as Zimbabweans and regional truck drivers overwhelmed border officials.

The department of health in Limpopo said this week that, of those transiting through Beitbridge, more than 100 had tested positive for Covid-19, a worrying trend for officials. Illegal border crossings, which have prompted South Africa to tighten security along the border, aggravate the chaos.

And inside Zimbabwe, Covid-19 infection cases – as well as deaths – are spiking.

A tier 4 lockdown put in place by Vice-President Constantino Chiwenga earlier this year now restricts movement from between 6pm and 6am, while companies providing essential services may only operate between 8am and 3pm.

There is a sense of fear, trepidation and fatalism as Zimbabweans count the deaths of friends, relatives and colleagues because of the virus. The current second wave of infections has left health experts in the country alarmed.

On Friday alone, Zimbabwe recorded 985 new infections and 22 deaths, most of these in Harare.

Professor Solwayo Ngwenya, a medical expert based in Bulawayo, warned: “Critically, these figures are ominously revealing a plummeting recovery rate, down from as high as 95% during the first wave. The take-home message is: don’t get infected at any cost! The virus is blisteringly and efficiently deadly.”

We’re overwhelmed and we’re having to use staff single-cab vehicles to transport bodies. In most cases, we’re speeding up the burials to try to cope with the demand.

Frontline workers such as nurses and doctors now fear the worst, saying that if no urgent measures are taken to provide an adequate supply of personal protective equipment, health institutions will become breeding grounds for Covid-19.

“It’s not as if we don’t care about our patients – we certainly do. All we’re asking for is the personal protective equipment we need to minimise the risks we’re taking,” said a nurse from the Sally Mugabe Central Hospital in Harare.

The nurses at Sally Mugabe went on strike this week to protest against a crippling shortage of personal protective equipment, with many of them having resorted to using plastic and pieces of cloth to protect their faces and bodies. They said one nurse, Matron Miriam Pundu, had succumbed to Covid-19, prompting them to embark on the strike.

However, the nurses from the Sally Mugabe maternity ward – who were promised greater access to personal protective equipment by the principal nursing officer, Lucy Gonzongere – had returned to work by yesterday, according to Samson Gurupira of the Zimbabwe Nurses Association.

There have also been reports of multiple infections among nurses around the country, including in rural areas.

In Harare, space for Covid-19 admissions to hospitals has run out. The government, however, insists that only 5% of those infected will require intensive care unit management.

Every day, there are more people seeking ventilators for their relatives, offering to pay any amount. In most cases, none are available and death is a tragic inevitability, often within hours, especially for those with underlying comorbidities, say medical experts.

On January 2, Star Dewah took to social media to find a medical facility that could admit Covid-19 patients.

“I’m desperately looking for a hospital in Harare that’s taking Covid-19 patients who require a ventilator. I have a relative who’s critically ill and went to St Anne’s, Arundel Hospital, Parirenyatwa and Health Point last night, but they were all full. Please help!” Dewah posted.

The price of private healthcare is unaffordable for many in Zimbabwe, with some private health institutions charging more than $2 000 (R31 000) for admissions, and some hawkers advertising ventilators for $8 000 each.

Even for those with money, the lack of facilities willing to admit Covid-19 patients often means death, as was eventually the case with Dewah’s brother-in-law.

“Thank you all for your recommendations and assistance, but unfortunately my brother-in-law couldn’t make it,” she posted later.

With President Emmerson Mnangagwa away on annual leave, his deputy – Kembo Mohadi – is the acting president and has been criticised for downplaying the gravity of the situation in the country.

He denied this week that there were shortages of ventilators in Zimbabwe and downplayed the dwindling capacity of local health facilities.

John Mangwiro, the deputy minister of health, who said on Tuesday that “most of our Covid-19 centres have enough beds; people shouldn’t rely on hearsay”, declared on Friday that “the whole country is now a hotspot for coronavirus”, hence the decision to institute a tier 4 lockdown.

The situation on the ground, however, paints a different picture of the real scale of the crisis.

“One could multiply the cases just of today by seven to get an estimate of the positive cases out there in the community. Those undiagnosed cases are super spreading,” said the Zimbabwe Senior Hospital Doctors’ Association Monday.

Some Zimbabweans are resorting to desperate measures, such as using veterinary medication to treat the virus.

Richard Rukwata, director-general of the Medicines Control Authority of Zimbabwe, has warned the population against the use of “veterinary ivermectin injections”. The drug is used to treat parasites in animals.

“Veterinary ivermectin is not indicated, nor is it approved for use in humans. Unapproved uses of medicine can lead to negative health problems, worsening of your health condition or even death,” said Rukwata.

As hospitals overflow and patients struggle to access healthcare, the situation in cemeteries and the main funeral parlours in Harare is even more dire. One of the top life assurance companies, Nyaradzo, is battling to provide funeral and burial services because of the increased number of deaths.

“We’re overwhelmed and we’re having to use staff single-cab vehicles to transport bodies. In most cases, we’re speeding up the burials to try to cope with the demand,” said an employee at the company, who had just presided over a burial at Harare’s Zororo Memorial Park and was about to leave to fetch another body.