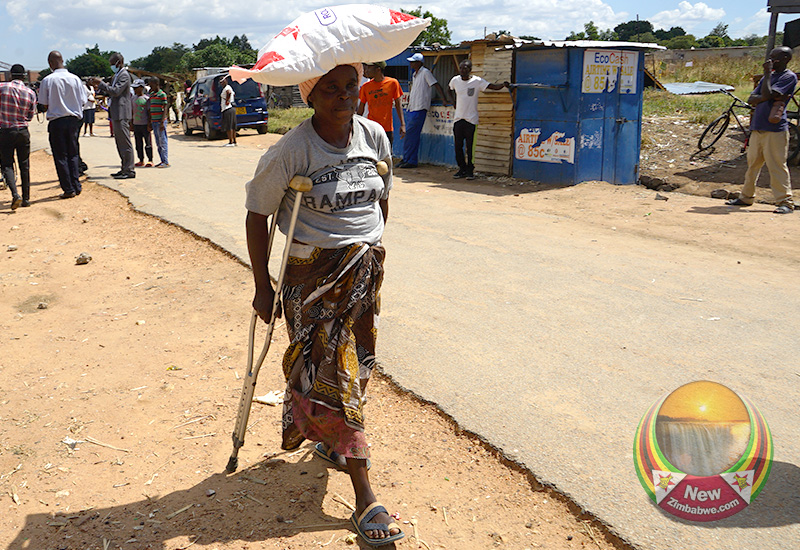 AS the Covid-19 global pandemic continues to ravage parts of the country, threatening livelihoods, persons with disabilities have suffered heavily, considering their unique challenges.

A notable number of persons with disabilities live on alms donated to them as they beg by the roadsides or in public intercity buses.

However, due to the lockdown and fear of Covid-19 transmission, they have had to stay home with no income source.

Others who work in the informal sector ended up using their capital to feed their starving families, inadvertently pushing themselves out of their business operations.

Speaking to NewZimbabwe.com recently, Chivhanga said the social ills that had affected everyone else during the Covid-19 pandemic impacted them to a larger extent because of some inherent limitations.

“People with disabilities are finding it difficult to sustain their livelihoods in particular the issues around vending were affected greatly and all the capital which they had, they had to use it for sustaining their lives buying food and the likes because they were not trading.

“So, that has actually affected them, meaning economically, they are at point zero, at minus, because they cannot start their projects again to trade and sustain their lives through vending.

“The other issue is in terms of their medication. Covid-19 has affected them in that they did not have any streams of income.

“Meanwhile, their medical bills and some of the medication they would want is very expensive. So, some have actually just stayed at home not getting any medication.

“Their children have been affected; they were not able to assist their children with access to the internet so they could learn online.

“They do not have the smartphones, their children lagged behind in terms of education and on top of that, they have not been able to pay school fees for them because their sources of income, through vending, were affected.

“Some of our people would ask for alms and due to the restriction of movements in lockdown, they could not do this,” he said.

In July last year, Chivhanga staged a one-man demonstration in Masvingo, marching from his residence in Maganje to the central business district, advocating for the improved welfare of people living with disabilities.

He says since then, nothing much has changed in terms of welfare as authorities snubbed DACT.

“Nothing was done after that demonstration, when we were celebrating the week of the deaf in September.

“We sent out invitations to various ministries, but no one had the time to come.”