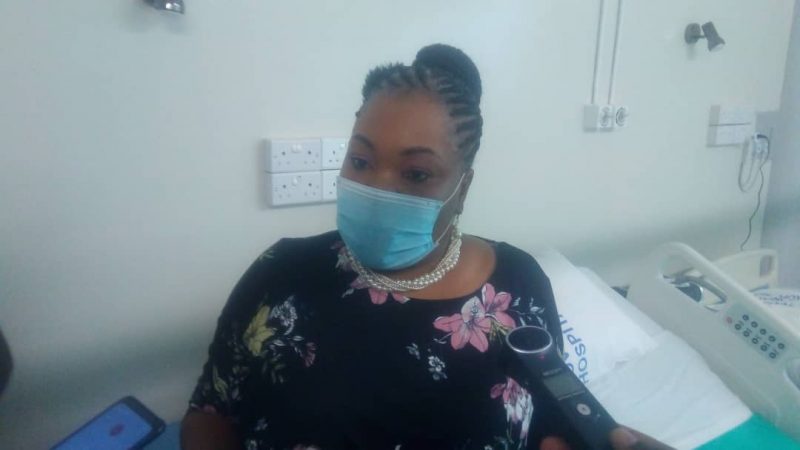 A STATE-OF-THE-ART isolation ward was Friday officially opened at the Chinhoyi provincial hospital to cater for Covid-19 patients across all demographic groups in the province.

As the second wave of the pandemic continues to ravage the country with over 1 100 fatalities, Mashonaland West has recorded an upsurge in the number of new infections and deaths, and is grappling with the non-availability of well-equipped isolation centres.

Officially commissioning the ward, Mashonaland West provincial minister Mary Mliswa-Chikoka, said she expected the isolation ward would curb preventable Covid-19 deaths as treatment had been brought closer to the people.

“We applaud the efforts to set up this isolation ward which will undoubtedly prevent deaths because previously patients had to be rushed to Harare,” she said.

“The distance between Chinhoyi and Harare is a matter of life or death. But now treatment is here at Chinhoyi Provincial Hospital, this means Covid-19 patients can be treated urgently and lives can be saved.”

“The multi-purpose ward is ready and we have met the requirements for proper isolation…We have piped oxygen in all cubicles that can be used to apply oxygen to our patients,” said Mawire.

He said the ward was designed in a ‘supermarket’ model whereby it would accommodate all Covid-19 patients, regardless of age, gender or other considerations.

“In coming up with this isolation ward, we took a supermarket approach, whereby all Covid-19 patients will be housed here, be they male, female, adult, paediatric or maternity and those in labour or in need of surgery. The ward is like having a mini-hospital within a hospital,” added Mawire.

The isolation facility has a carrying capacity of 55 patients and would be manned by 16 nurses and two doctors around the clock.

The equipment was donated by the Chinese government, platinum mining giant Zimplats and other benefactors.

He said similar Covid-19 wards were under construction at Karoi and Chegutu district hospitals, while satellite centres are earmarked for Mhangura and Alaska, among others.