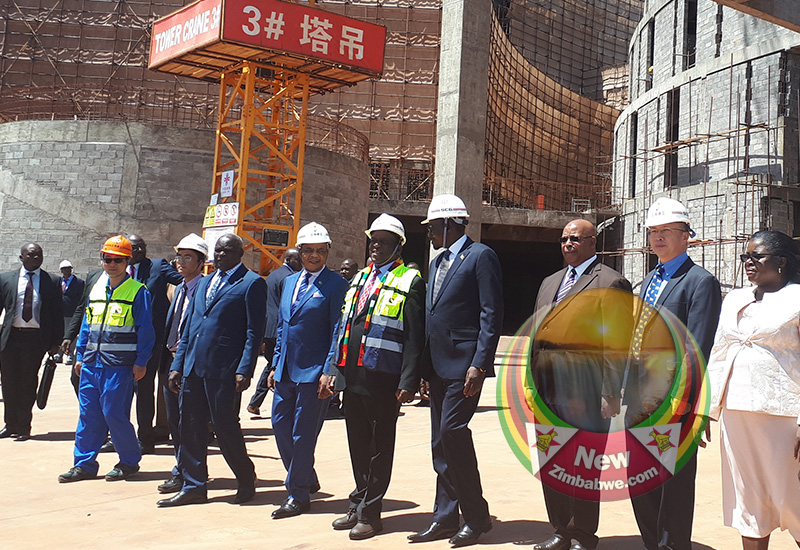 THE new Parliament Building situated in Mt. Hampden is now set to be complete next year in September, six months behind schedule due to Covid-19 induced delays.

President Emmerson Mnangagwa told journalists Chinese experts working on the site were still stuck in China after global lockdown restrictions were announced due to the Covid-19.

However, the engineers have been cleared and are expected to return soon to Zimbabwe and continue with their work.

Mnangagwa was speaking after his fourth tour of the site.

“There has been tremendous progress and achievements in terms of construction. I am sure the constraints came around as a result of Covid-19,” he said.

“I am sure that we would have far advanced where we are now. Arrangements have been made for technicians who have been out of the country to come and I believe that from next year, construction would be in pace.”

The US$140 million Parliament building will overlook a new, modern administrative capital to be constructed in the Mt. Hampden area.

It is part of a number of Chinese projects being undertaken across the country including the refurbishment of the Hwange Power Station and diamond mining in Manicaland province.

Minister of Local Government July Moyo said Mnangagwa’s continued assessment of progress was to ensure he appreciates the project from start to finish.

“We want him to have a total picture from beginning to the end of what he will eventually see,” said Moyo.

Moyo added official opening of the building would likely be three months after completion.

“We had moved the completion to June but now we have moved it to September, I think on September we are firm, it will be completed.

“What we had done when we were set to complete by March we were going to officially open it in June so three months after completion and we have tidied up we will be able to open,” he said.

Only finishings, water and sewer reticulation are said to be left according to Information Ministry secretary Nick Mangwana.