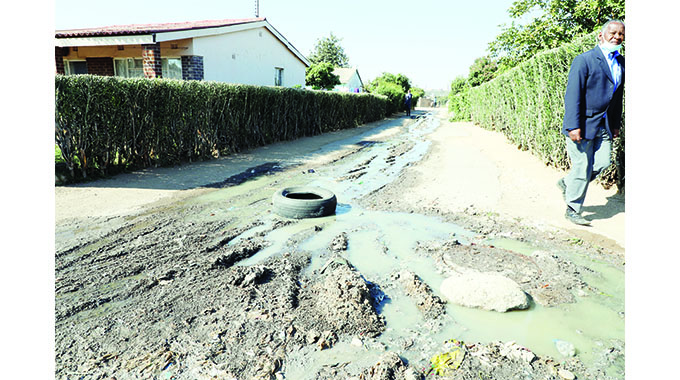 THE Bulawayo City Council sewer task teams have been hit by the Covid-19 virus, a development resulting in the disruption of essential service delivery in the second capital.

The city’s town clerk Christopher Dube confirmed several members of sewer task teams have been forced quarantine after being exposed to the pandemic.

The town clerk said the remaining few workers were failing to cope up with frequent sewer blockages in the city.

“The City of Bulawayo would like to advise members of the public that its sewer task team had been affected by the rising number of Covid-19 cases. As a result, this has impacted negatively on service delivery resulting in a growing backlog of sewer chokes that need to be attended to,” said Dube.

“The Covid-19 has in some instances, resulted in the quarantine of whole teams, wherein a member has tested positive with five out of eight teams currently in quarantine and isolation.”

Dube expressed concern over the increase in the number of council workers contracting the virus despite precautionary measures implemented by the local authority to protect its workers.

“This has greatly reduced staffing levels available to attend to outstanding sewer blockages throughout the city, hence negatively impacting on the reaction time for attending to sewer reports. As a consequence, an increase of sewer blockage backlog might be observed,” he said.

The Environmental Management Authority (EMA) early this year expressed concern over the continued discharge of raw sewerage by the city council.

The environmental management body said since 2011 it has issued the local authority with 34 orders and five tickets for flouting environment management laws.

Currently, the local authority is implementing major rehabilitation works on its water and sewer reticulation systems under the Bulawayo Water and Sewerage Services Improvement Project (BWSSIP) funded by the African Development Bank.