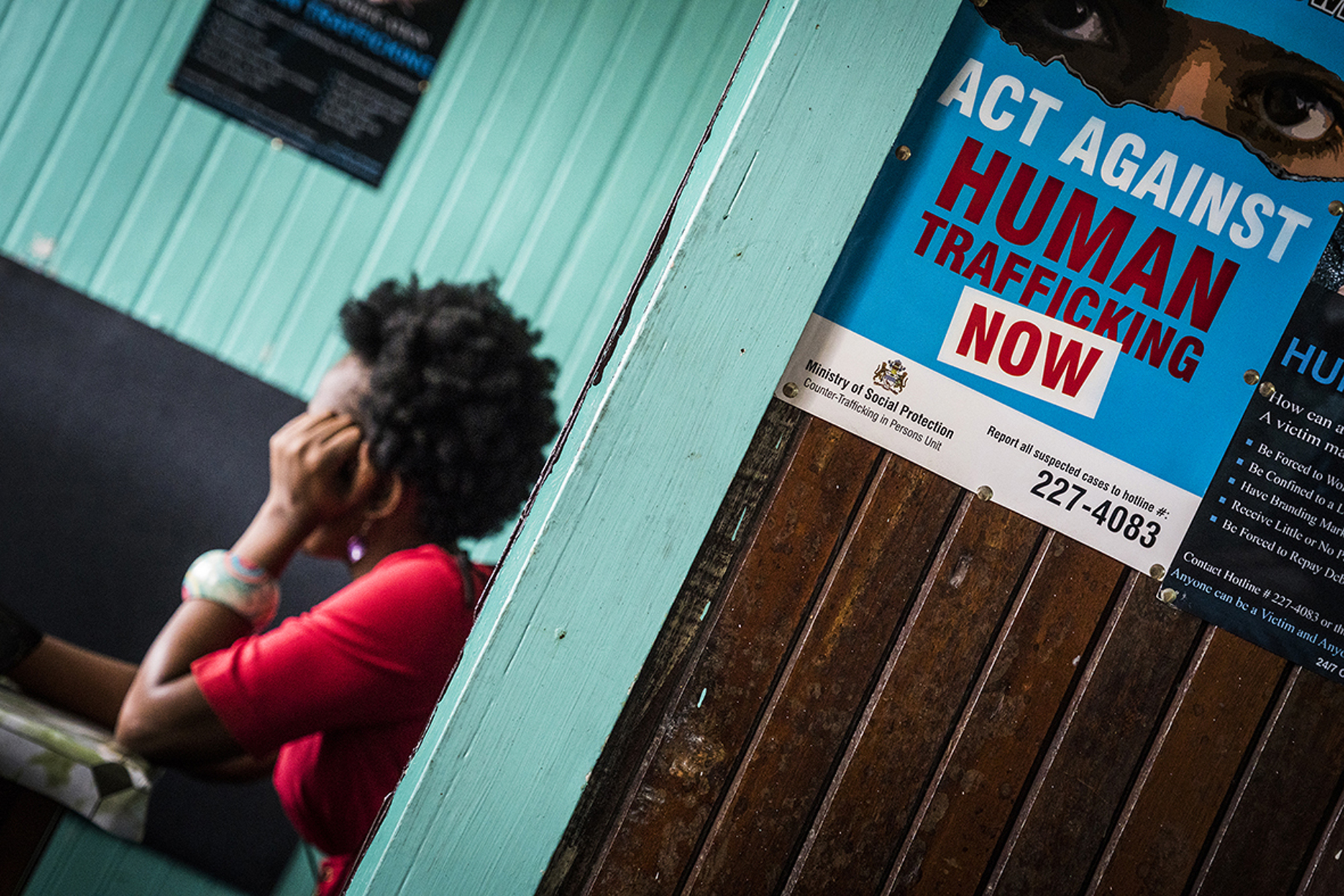 BEFORE Zimbabwe imposed lockdown measures last March as part of global efforts to curb the coronavirus pandemic, Grace Mashingaidze* would attend workshops in Harare arranged by a nongovernmental organisation assisting trafficked women who had safely made it back home.

A survivor of trafficking, the 27-year-old Mashingaidze told IPS she joined a group of other young female survivors and had received assistance that ranged from counselling, psychosocial support and self-sufficiency skills. The latter was important as many of the young women struggled to earn an income in a country already suffocated by high levels of unemployment.

“It has been tough ever since we were told we could not attend the workshops and trainings because of the coronavirus. But you come to understand that safety first is a priority for everyone,” Mashingaidze told IPS.

The coronavirus lockdown has meant her life is at a standstill when ideally she and other young women who are part of support group ought to be accessing much-needed help to deal with the trauma of human trafficking and also fend for themselves.

Mashingaidze, who said her ordeal took her as far Mozambique, has ambitions to educate herself and “do a course” that will help her provide for her three-year-old son.

Her story is a microcosm of disruptions brought by the coronavirus in virtually all sectors of human existence in this southern African nation. Non-governmental organisations working with trafficked women have conceded that while there remains a huge need to assist survivors, they cannot risk violate government-imposed public health restrictions for a greater good.

“The immediate impact (of the coronavirus) that raised an immediate outcry from victims of human trafficking was the lack of personalised face-to-face counselling and also loss of livelihoods,” said Dadirai Chikwekwete, who served as coordinator African Forum for Catholic Teaching (AFCAST) at Arrupe Jesuit University where she worked with trafficking survivors until September.

“The therapeutic weekly sessions enabled them to have a “me time” away from their homes and families. They were also engaged in various economic activities ranging from buying and selling groceries, small business entrepreneurship, cake making among other things,” she told IPS.

The experiences of the trafficked women are part of broader interruptions that hit other sectors of the economy such as informal traders who have been forced to stay home as government enforced measures to stem the spread of the coronavirus.

Previously thriving home-based businesses which trafficked women started have suffered because of restrictions.

“Some of the women lost their incomes during the lockdown. Those who had spent their incomes sewing school uniforms ended up with piles of them since schools were closed,” Chikwekwete told IPS.

“Tailors had spent sleepless nights making garments for which they were unable to receive payment for since clients want to first fit the garment before making payment,” Chikwekwete explained.

The United Nations Office on Drugs and Crime (UNODC) says the COVID-19 pandemic has had “a major impact on the support provided to victims of human trafficking as services are reduced, postponed and in some cases halted”.

In February, UNODC’s Global Report on Trafficking in Persons noted that while Covid-19 had exposed more people to trafficking, there was a need for governments to “support victims as part of integrated efforts to build forward from the pandemic”.

“The ability of trafficked persons to access services has greatly reduced. In many countries, resources that had been set aside for legal, physiological and police support for trafficked persons have been diverted to deal with the effects of the pandemic,” Matekaire told IPS.

“It is imperative that governments recognise the gendered impact of the pandemic and also build in to their Covid responses measures to increase identification of victims of human trafficking,” she said.

In the absence of such interventions, the most visible Covid-19 response for low-income countries like Zimbabwe has been to enforce lockdown restrictions that have, in many instances, been routinely violated as people seek ways and means to survive.

According to the Zimbabwe Republic Police, by July 2020 over 100,000 people had been arrested for violating the restrictions in the four months since the March 2020 lockdown. Of these, the bulk were informal traders – most of whom are women who survive by street vending.

But it was a risk Mashingaidze said she had not been willing to take.

“I have already been through a lot already with my experience being trafficked I do not want any brushes with the law,” Mashingaidze told IPS, expressing a desperation that has only been heightened by the government’s failure to provide coronavirus stipends for informal traders.

A UN Zimbabwe report on the effects of Covid-19 noted that the country still needs to do more for victims of human trafficking and “support for women-owned enterprises and social innovations that can lead to self-employment,” something that has been lacking in young women such as Mashingaidze in their efforts to pick up the pieces and lead productive lives.

The southern African country remains a favourite target for human traffickers as desperate young women attempt to escape the economic hardships that have stalked the country for more than two decades.

However, as Mashingaidze explained, being back home has not been without its headaches as Covid-19 added more difficulties to her already desperate situation.

“My prayer is that the pandemic ends soon so that we can get on with our lives,” she said, echoing what has become a global sentiment.