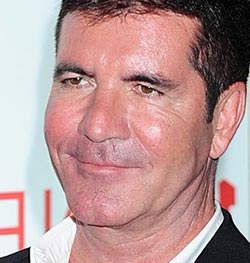 SIMON Cowell is at odds with ITV over Louis Walsh’s place on The X Factor judging panel, according to reports.
The Sun said that the broadcaster wants a new face to replace the Irish judge, while X Factor boss Simon wants Louis to stay.
Cheryl Cole, who is returning this year, has also been reported to want the veteran judge off the panel.
An ITV source said: “What we’ve said is we want the panel to be as strong as it can be and if that means getting rid of people who have been on it before, so be it.
“The show is going through a creative renewal… so it’s only right we can make it as good as we can. It’s not just Simon’s show, it’s ITV’s. So we have a big say.”
A source close to Simon said that he was “confident” that he will get his own way but that he was “playing along” with ITV’s wishes.
Simon is already looking for one new judge, with former Spice Girl Mel B favourite to get the job.
The show, which last year featured Sharon Osbourne, Nicole Scherzinger, Gary Barlow and Louis, has been falling in the ratings.Advertisement