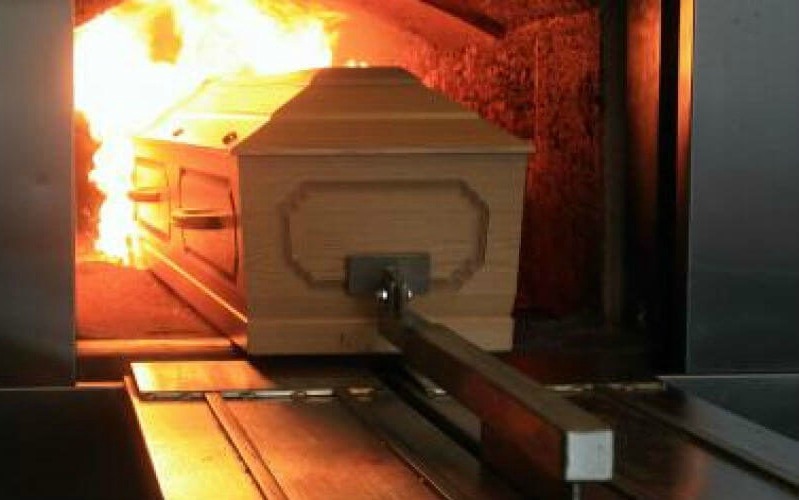 Cremation is provoking a huge debate in Zimbabwe, bringing cultural and religious beliefs to the fore, journalist-turned-barrister Brian Hungwe writes from Harare.

“For you were made from dust, and to dust you will return” – this verse from the Bible holds little sway with many Christians in Zimbabwe who oppose cremation.

They want their bodies interred intact – and feel that nature should take its course, instead of hastening a return to dust.

Cremation subjects a human body to intense heat ranging from between 500C (930F) and 800C. It is the family’s choice to then decide what to do with the ashes afterwards.

The contentious topic of cremation is again in the headlines as the municipal council of Zimbabwe’s second city, Bulawayo, has recommended mandatory cremation for those who die aged 25 and under.

The proposal comes less than two years since the council had said the bodies of children aged 10 and younger should be cremated – highlighting the stark reality facing urban planners.

The rapid population growth around Zimbabwe’s urban centres means burial space is running out. Councillors have limited options and they feel cremation is the solution.

One of the city’s six cemeteries – West Park Cemetery – is reported to have only space for 200 graves. And the capital, Harare, is facing similar problems.

There are disputes about what the Bible actually says about cremation, but the core opposition to cremation is likely to spring from traditional burial rites.

The dead, known as “the ancestors”, are symbolic and carry a lot of weight amongst the living. They need to be respected, and to do that you need a grave that you can take care of.

There are rich cultural practices to be done at the graveside that involve the sprinkling of beer to appease the forefathers.

With ashes sprinkled in “no man’s land”, this would make the ritual difficult to practise.

The spiritual connection between the dead and the living is difficult to disconnect. Cremating a human body entails that sad disconnection. And there is a strong view that this is a foreign culture.

What the late Gordon Chavunduka, a former vice-chancellor of the University of Zimbabwe, said nearly 20 years ago still holds true for some: “The philosophy of death in Shona African society says it takes about a year for a spirit to leave the body and join the spirits of the ancestors.

“If the body is cremated, that spirit would be blocked. Although it would remain alive, it would be angered that traditional burial rites had not been followed properly and could return to punish the family and community.”

It may also explain why the authorities are shrewdly suggesting that those who die younger be cremated – as they have no descendents or long memories that would require traditional rituals.

The council’s proposal excludes adults aged over 25, who would more likely to have children looking up to them in the spiritual realm.

Yet even on the cultural side there are those in favour of cremation – though perhaps for more tongue-in-check reasons.

One Harare resident has been quoted as saying it would be a good way to save oneself from the witches of the spirit world, who some believe can exhume and feast on dead bodies.

“I will not give them that satisfaction because now they must be salivating, lusting after my thick frame and big bottom. But if I am to be cremated tough luck on them, they can only sniff my ashes spread all over the village,” she told the state-run Herald newspaper.

Environmentalists have also argued that cremation is better option, saying that coffins are usually coated with preservative paints and varnishes containing dangerous chemicals such as mercury that can contaminate underground water systems.

But at the end of the day, if anything is going to encourage a move away from burials to cremation in Zimbabwe, it is the cost factor.

The majority of the population is struggling to make a living as the economy yet again seems to be floundering.

As the Bulawayo-based Chronicle newspaper noted, it costs about $63 (£55) to cremate a body, while conducting a burial without a funeral policy is about $1,000.