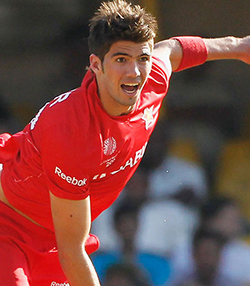 ZIMBABWE captain Graeme Cremer has targetted a big first innings-total as the hosts attempt to draw level with West Indies in the second Test at Queens Sports Club in Bulawayo
“That first innings with the bat is so crucial in Test cricket,” Cremer said.
“If you don’t do well in that first innings, you’re always chasing the game. So we’re hoping to rectify that. To win a Test match, you’ve probably got to score 600 runs in your two innings, so hopefully we’ll do that and won’t leave too much for our second innings with the bat.”
Batting aside, both the captain and Zimbabwe coach Heath Streak suggested there would not be too much tinkering with Zimbabwe’s tactics or their playing XI.
“We’re unlikely to make unforced changes,” Streak said.
“We’ve got a couple of niggles that we’re managing, so we’ll have a final check tomorrow on one or two guys, but we’ll try not to change the team too much. That’s what we’ve done consistently over the last year, trying to give guys a fair crack.”
The quick turnaround between games does not give the hosts much freedom in testing out any new combinations, so Zimbabwe have instead focused on rest and recuperation, especially for a bowling attack that had plenty of work to do in intense heat during the first Test.