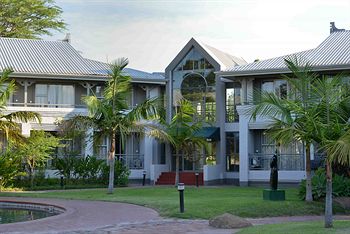 CRESTA Hospitality group says it has now spent $7,2 million on the refurbishment of its flagship lodge at Msasa in Harare while the group’s revenue for the first quarter is expected to be up four percent compared to last year.
“We have spent $6,5 million and another $710,000 on Cresta Lodge and we expect to complete the last 50 rooms in a couple of months,” chief executive, Glenn Stutchbury told journalists on Tuesday.
On the group’s performance, he said revenue for the first quarter of the year was up percent compared to the same period last year.
“The year 2015 has started quite slow although March is looking better. We foresee a solid second half with July to October being strong,” Stutchbury said.
He said the group would also benefit from the country’s chairing of both the African Union and SADC meetings which would be held in the country.
“It should help push the numbers and can be a catalyst going forward,” he said.
However, he said the liquidity challenges facing the country were also impacting negatively on the group’s performance in the country compared to its subsidiaries in Botswana and Zambia.
“Zimbabwe has fallen; it’s not as busy as Botswana which has higher occupancy and room rates. Botswana has a buoyant economy, with no liquidity problems,” he said.
Responding on the question on the 15 percent government levy on tourist accommodation, Stutchbury said it was “disastrous” and would not promote the industry.
“We are trying to encourage tourism to rebuild brand Zimbabwe and need incentives and benefits. Regrettably there are no benefits,” he said.
Cresta is part of conglomerate TA Holdings.Advertisement