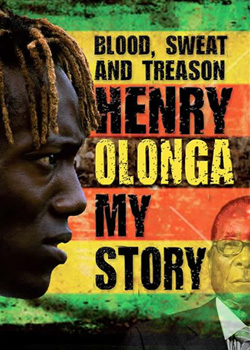 CRICKET legend Henry Olonga will visit Dundee next week.
Henry, who played Test cricket for Zimbabwe and domestic first-class cricket in Zimbabwe from 1995 to 2003, was the first black cricketer to play for his country.
In 2003, Olonga, along with Andy Flower, wore black armbands during a match in the Cricket World Cup to “mourn the death of democracy” in Zimbabwe under President Robert Mugabe.
He was charged with treason – an offence that carried the death penalty in Zimbabwe – and forced to flee to the UK.
Olonga is the author of Blood Sweat and Treason, a story of his life that mixes cricket and courage.
The purpose of his visit is to raise funds for the street children of his homeland.
He will speak at Forfarshire Cricket Club on Tuesday.
Tickets for An Evening with Hentry Olonga cost £10 each.
On Wednesday, Grove Academy will host another opportunity to hear Olonga speak.
Admission at Grove is free, but donations will be encouraged.Advertisement