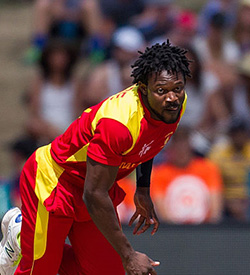 ZIMBABWE and Afghanistan first met in a One-Day International (ODI) in 2014. Since then, the two nations have been involved in three bilateral series and the Asian side have the wood on their African counterparts, winning two and drawing the other.
The third ODI on Tuesday (February 20), in that context, is crucial for Zimbabwe to keep the series alive, else it will be the third consecutive series that they would have lost to Afghanistan in a span of less than two years.
Asghar Stanikzai has gone in with a simple mantra in the first two ODIs – win the toss, put runs on the board and then allow his spinners to dictate terms. It has worked beautifully for Afghanistan as Mohammad Nabi, Amir Hamza and Rashid Khan have scalped 11 wickets between them in the two encounters.