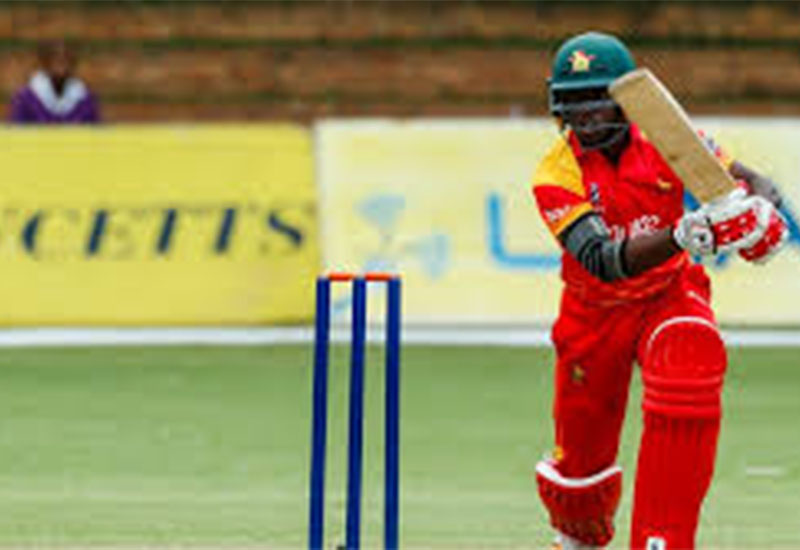 ZIMBABWE international cricketer Tarisai Musakanda will take part in the inaugural season of the Goulburn Valley Bush Bash League in Australia after signing as one of Cobram Panel Works Panthers’ marquee stars.

The 25 year-old talented top order batsman is currently based in the Australian State of Victoria and playing for New City Cricket Club in the Cricket Albury-Wodonga competition, with the highlight of his season thus far an unbeaten 139 against North Albury last month.

Goulburn Valley Bush Bash League whose player draft was held on Tuesday will get underway next month with the qualifying rounds set for January 12, 19 and February 2, while the final will  be held under floodlights at Deakin Reserve on February 9.

The tournament will be another opportunity for Musakanda to play some competitive cricket in Australia as he seeks to get himself back in contention for selection in the Zimbabwe squad.

Musakanda, who has 22 caps for Zimbabwe across all forms of the game endured a dismal campaign in domestic first class cricket scene last season, which subsequently cost him a place in the Chevrons squad.

The former Prince Edward student said he was hopeful that his stint in Australia will help him rediscover his form before he returns to fight for a place in the national team.

“I have settled well at my club New City and with Border Bullets. I am finding my feet, yet to play my first game but looking forward to the experience,” Musakanda said.

“I got a message from the coach Daryl Tuffey (ex-New Zealand international) if I was keen on playing the regional competition and I agreed to play.”

Musakanda is one of the several Zimbabwean cricketers who have recently moved to Australia in search of greener pastures in recent months.

Former Zimbabwe opening batsman Solomon Mire has been based in Australia for over a decade and played for different clubs, including a stint in the lucrative Big Bash League in late 2013.

Mire is now involved in coaching after retiring from international cricket three months ago at the age of 30.

Other Zimbabwean cricketers who have recently moved to Australia include Tinashe Panyangara, Tafadzwa Kamungozi and the Mpariwa brothers Tawanda and Tony.