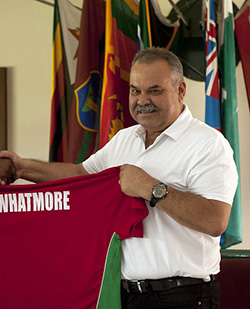 ZIMBABWE, over the years, had been a force to reckon with, when the likes of Murray Goodwin, Neil Johnson and the Flower brothers took the country’s cricket to the next level where they were no longer the minnows but considered by many a team tailor-made for one-day cricket.
But a landslide is always round the corner when sports play second fiddle to politics as Zimbabwe, slowly but surely, were giving in to discrimination with President Robert Mugabe at the helm of affairs. From being a nation of free people, it soon slumped to the levels of dictatorship which not only meant the death of democracy but also the death of cricket.
Although the nation seems to have come out of its dark phase, Zimbabwe cricket is no longer the same force, and is back to where it started – as minnows.
SWOT Analysis
Strengths: Batting has always been Zimbabwe’s talking point as the team carries the legacy of Andy Flower, Alastair Campbell and David Houghton who are regarded as the stalwarts of Zimbabwean cricket. The current team boasts the likes of Sikandar Raza, Hamilton Masakadza and Brendan Taylor, who, on their day can do a fair bit of damage to the opposition bowling. Taylor has been a thorn in the flesh of the opposition for quite some time and Zimbabwe would be looking for some motivation from their go-to man.