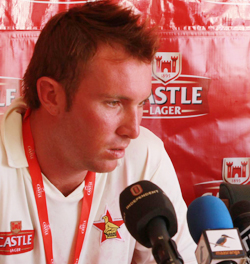 CRICKET players are “back to full training,” and were likely to rubber-stamp an agreement with their board on Saturday after agreeing terms on payment.
The newly-formed players’ union will continue to represent cricketers’ issues and the series against Pakistan will go ahead as planned.
ESPNcricinfo confirmed the players reached consensus with Zimbabwe Cricket after two days of meetings. One of them, who asked not to be named, said ZC had provided an assurance that outstanding salaries from the month of July would be paid and that cricketers would receive match fees from now on.
The exact amount has not been revealed, although the Zimbabwe Independent had reported players were demanding US$5,000 per Test match, $3,000 for an ODI and $1,500 for every T20.
But given that the board is in severe debt, it is unlikely it will be able to match those figures but the players are said to be satisfied with the amounts ZC has offered.
“We wanted to make them aware we were the only international team that were playing without match fees,” the player said. “Now we will be receiving them.”
The issue of disbursements from the board’s share of ICC events, which ZC MD Wilfred Mukondiwa said on Friday morning was the only outstanding article of debate, has still not been resolved.
Instead, the players have been told the board needs “more time to do research,” and will clarify its position on how the monies from such tournaments will be distributed in an appendix to the new playing contracts.
With financial concerns smoothed over, the players will continue to prepare for the series against Pakistan that starts August 23, with the board announcing a 21-member practice squad.
“Training has resumed in full and as things stand now, there will be no boycott of the series,” the player said.
However, the players’ association formed by a group of senior players – believed to be Brendan Taylor, Hamilton Masakadza, Vusi Sibanda, Prosper Utseya and Elton Chigumbura – will become a permanent fixture in Zimbabwe cricket.
“It was something the players put together because we did not have a proper arrangement in the past. The board is now open to the idea of having a player association and we wanted to take that chance,” the player said.Advertisement

“There are a lot if issues that crop up in Zimbabwean cricket and without a singular voice it was very difficult for us to get things done.”
Zimbabwe have had many aborted attempts at a players’ association and have not had a fully functioning body since a player representative sat on the board before the white-player walkout. Unlike then, when Zimbabwe’s players were divided over race, they “all united” in their cause to fight for what they consider better pay.
Local cricketers have long been considered underpaid. On the eve of their Test comeback in 2011, Tatenda Taibu said they were not receiving adequate funding. Just four months ago, not much had changed.
The players threatened a no-show during Bangladesh’s April visit because of an unsatisfactory daily allowance for those who were not on central contracts.