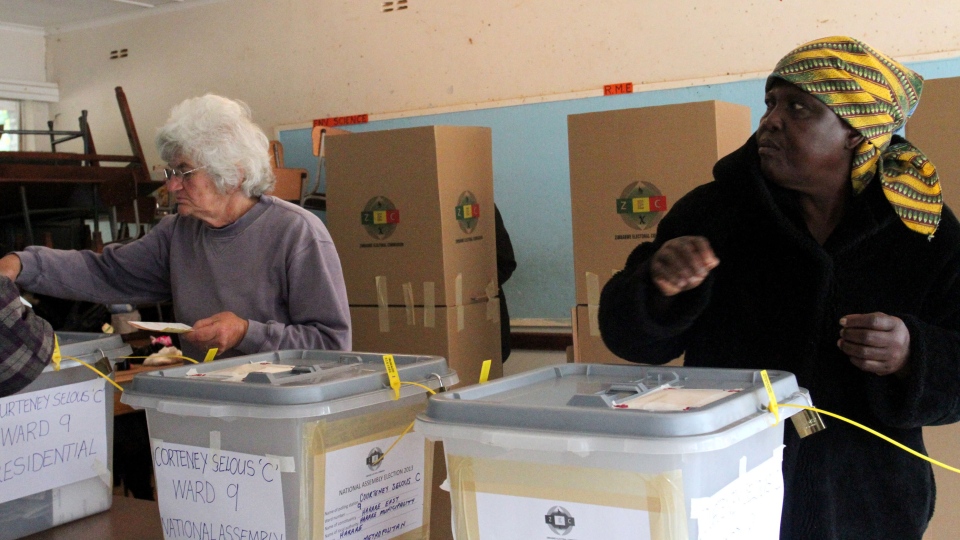 CRISIS in Zimbabwe Coalition (CiZC) has predicted violent elections this year reminiscent of the June 2008 after Zanu PF political commissar Engelbert Rugeje threatened in a recent statement that the country will slide to the mayhem of ten years ago if people do not vote for the ruling party.

In a recent statement, CiZC said the credibility of the 2018 elections was largely dependent on electoral reforms including alignment of the Electoral Act to the Constitution, a demilitarized and independent ZEC, free access to media for election stakeholders, respect for fundamental political freedoms, tolerance of diverging views and an electoral code of conduct.

“There is sufficient evidence of political violence (both physical and emotional) occurring in Zimbabwe during the voter registration exercise and this raises our fears on the possibility of an election that will be marred with violence and intimidation of the electorate.”

The organisation cited recent attacks on National People’s Party (NPP) activists and leaders in Glenview and Glen Norah, cases of arson in Epworth and violence against MDC-T members in Zaka East as signs pointing to violent elections.

“We would also like to take exception to the threat of the military campaigning for the ruling party, ZANU PF, following the Presidential Advisor’s sentiments that the military will campaign for ZANU PF in the coming elections.”

CiZC said it was also concerned about Chiefs Council president, Fortune Charumbira remarks indicating that the traditional leaders would campaign on behalf of Zanu PF, saying this was against the constitution of the country.

The group added that it took exception to intimidation tactics used by Zanu PF, which was ordering citizens to submit their voter registration slips serial numbers to party functionaries.

Also of concern was the barring of civil society from some rural wards to carryout voter registration campaigns and vote buying – where the ruling party was reportedly denying food aid to suspected supporters of the opposition in Masvingo province.

“In light of these developments we call for restraint among election stakeholders, observance of the rule of law and upholding the sanctity of the Constitution and call upon the Zimbabwe Election Commission to urgently draft and implement a Code of Conduct for Election Stakeholders that will enforce conditions necessary for the conduct of credible, free and fair elections.

“We also challenge President Emmerson Mnangagwa to stand by his words and ensure that the country witnesses a credible, free and fair election in 2018 that will bring finality to the state legitimacy crisis in Zimbabwe,” CiZC said.