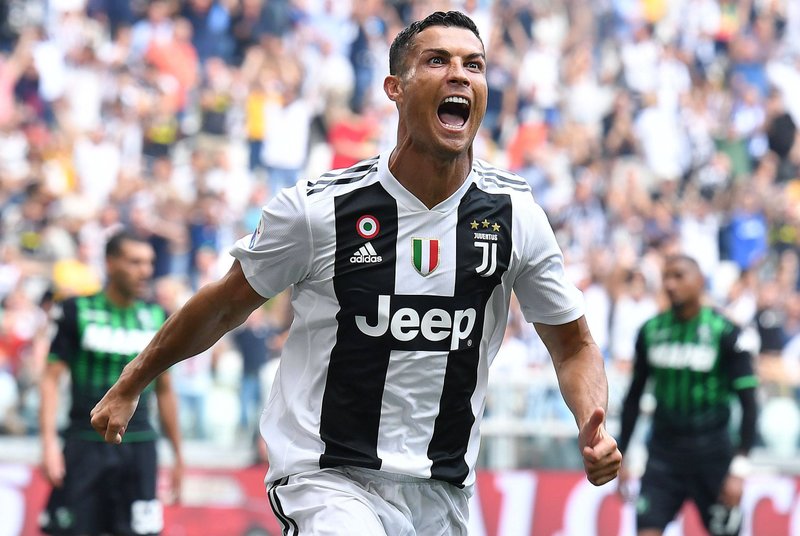 Cristiano Ronaldo was the hero for Juventus as they overturned Atletico Madrid’s first-leg advantage in a historic last-16 UEFA Champions League tie at the Juventus Stadium.

The result combined with Atleti’s 2-0 win from first-leg-leg meant that Juve completed a spectacular comeback to progress into the quarter-finals of the competition 3-2 on aggregate.

The Old Lady dominated proceedings from the outset and made their pressure tell in the 27th minute when Ronaldo superbly headed home a left-wing cross at the back post, 1-0 (2-1 on aggregate).

Ronaldo came close to a second in the 43rd minute, meeting another deep cross into the box but this time he headed wide as the half ended in Juventus’ favour.

The Portuguese superstar scored his second goal of the game in the 50th minute, this time meeting a cross from the right with another powerful header that crossed the goalline before the Atletico keeper was able to save it, 2-0 (2-2 on aggregate).

The game looked to be heading towards extra-time but Juventus were gifted a great chance to win the match when they won a penalty after a foul inside the box by Angel Correa in the 84th minute.

Ronaldo stepped up to complete his hat-trick and the comeback for the Old Lady, 3-0 (3-2 on aggregate).