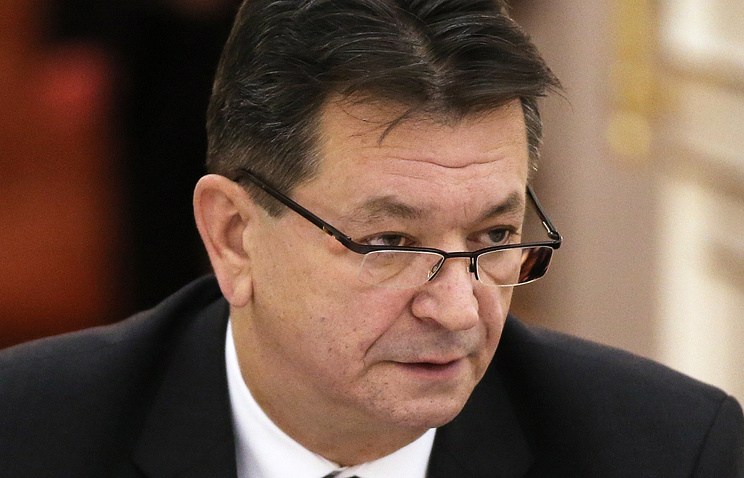 Bill Browder, who runs an investment fund that had once operated in Moscow, and oligarch-turned-dissident Mikhail Khodorkovsky told reporters in London that President Vladimir Putin has tried to use Interpol to hunt down critics such as themselves. Having a Russian lead the agency could intensify such efforts to silence dissent, they said.

“If a Russian were to become head of Interpol, I think that will put the organization in grave danger of being fully discredited … and particularly if the Russians then try to use this new person to chase after me after it’s already been established that Russia has abused Interpol several times before,” Browder told The Associated Press.

Interpol’s general assembly, meeting in Dubai, is expected to elect its new president on Wednesday. Alexander Prokopchuk, a general in the Russian Interior Ministry who is currently a vice president of Interpol, is the front-runner to become its next president. Interpol’s current interim president, South Korea’s Kim Jong Yang, is also seeking the post.

Critics have long accused powerful governments of trying to use Interpol to pursue their political enemies. Activists argue that that the organisation needs to continue efforts at muscular reform — and this won’t happen if Prokopchuk becomes president because of his ties to Putin.

Russia denies accusations of foreign interference, and announced new charges against Browder this week in a long-running legal battle against him. Russian Interior Ministry spokesman Irina Volk, in a statement Tuesday, accused critics of running a “campaign to discredit” Prokopchuk, calling him a respected professional.

Based in the French city of Lyon, Interpol is a clearinghouse for police agencies around the world, helping them cooperate outside their borders. It is best known for issuing “red notices,” or alerts that identify a suspect pursued by another country, effectively putting them on the world’s “most-wanted” list.

Critics argue the system is being abused, and being used to stifle dissent by making it simpler to round up political opponents, journalists and activists. Watchdog group Fair Trials International has been pressuring Interpol for years to clean up the red notice process and detailed in a report last month the strides Interpol has made in reducing the risk of political abuse.

The group’s chief, Jago Russell, expressed concern that a Russian official as Interpol president could stall or reverse those reforms and do potentially fatal damage to Interpol’s reputation.

Browder, who has campaigned for sanctions against Russian officials charged with human rights abuses after his former lawyer died in custody, and Khodorkovsky, who was jailed for political activism, said their notoriety would make them poor targets for abuse. But both said they were motivated to speak out because many other less well-known campaigners would be silenced if governments are allowed to export repression.

Interpol itself won’t comment on the upcoming vote. The Interpol presidency is more of a ceremonial position, compared with the hands-on leadership role of the secretary-general. The president oversees the executive committee, which meets a few times a year and decides Interpol’s strategy and direction.

Interpol’s charter explicitly proclaims its neutrality, and two years ago it introduced measures aimed at strengthening the legal framework around the red notice system. As part of the changes, an international team of lawyers and experts first check a notice’s compliance with Interpol rules and regulations before it goes out.

But the potential of a Putin loyalist in such a prominent role has prompted concern among those critical of the Russian president’s leadership. Four U.S. senators, including Marco Rubio, have urged U.S. President Donald Trump’s administration to oppose the Prokopchuk candidacy.

Asked about the senators’ statement, Kremlin spokesman Dmitry Peskov said it amounted to meddling in the vote. “It’s interference in the electoral process, in elections at an international body,” Peskov said.

This is not the first time that Interpol’s votes are causing controversy.

Meng is now under arrest in China as part of a possible domestic political purge — hence the vote to replace him.

Interpol’s general assembly is made up of member states, each of which has an equal vote. It also votes on membership, such as Tuesday when they rejected admitting Kosovo. Interpol members voted last year to admit Palestine as a member, causing an uproar in Israel.