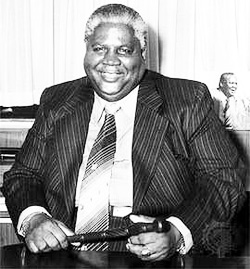 “Despite our cry for democracy and constitutionalism, Zimbabwe’s political parties that claim to promote and want democracy have, in fact, never dispensed democracy within their ranks. They are true hypocrites, hiding under the skirt [sic] of democratic freedom fighters,” wrote Vince Musewe in a recent piece critiquing the MDC-T’s leader Morgan Tsvangirai.
For once, I have to agree with Vince on the point of Zimbabwe’s so called pro-democracy movements’ hypocrisy. However, my opinion here is premised on current continental occurrences, and not simply on philandering political personalities. Firstly, Vince’s view that “political parties are hardly democratic platforms, especially when it comes to attaining positions of influence within them” invokes images of sour grapes and whining losers.
Vince should understand that any political party on earth, by definition, has a twofold purpose which should be distinguished from the role of the State, and this is to attain power, and consequently to retain power. As a result, members of political parties naturally fight tooth and nail to attain and retain positions within parties, and hence they say, politics is a dirty game. Furthermore, according to the Hegelian Dialectic, Vince should remember that Thesis leads to Antithesis, which in turn leads to Synthesis.
In simple terms, a letter asking a party leader to step down, (thesis) will inspire a response from a party leader, physical or otherwise (antithesis), and this will ultimately lead to stability within the party (synthesis). It is naïve to think that a political leader of any persuasion would easily yield power. Secondly, Vince, ideology is to political parties what doctrine is to churches.
Ideology can be defined as a “set of beliefs about the proper order of society and how it can be achieved” or “a belief system that explains and justifies a preferred economic and governmental order for society, [which] offers strategies for its maintenance or attainment and helps give meaning to public events, personalities and policies.” In fact, ideology lures members to political groups, and it is from ideology that political strategy is conceived. Furthermore, ideology serves as the cohesive force within political groups.
Now, in Zimbabwe, Zanu PF’s ideology is still deeply anti-colonial and anti-imperialist in nature. This is also true of other political parties in the Southern Africa region, such as the African National Congress (ANC) in South Africa or Chama Cha Mapinduzi (CCM) in Tanzania. Essentially, both Zanu PF and the CCM continue to project themselves as revolutionary political formations – Chama Cha Mapinduzi is a Swahili term for ‘revolutionary party’.Advertisement

This is important because political activists continually recount the experiences of colonialism and racial discrimination across the region, and furthermore, they transmit these recollections to younger generations through social institutions such as families, religious groups, schools and the media. As a result an inter and intra-party ideological consensus exists throughout the region. It was based upon this consensus, Vince, that I would like to believe that the Late Zimbabwean Vice President Joshua Nkoma agreed to sign the Unity Accord.
Vince, it is therefore a mistake to say that Tsvangirai can learn something from Joshua Nkomo when the two are ideologically irreconcilable. Comparing the two is like arguing that the leader of South Africa’s Democratic Alliance, Helen Zille can learn something from the late Chris Hani. Ultimately, Vince, it is important to remember the proverb: where there is no vision, the people perish. In political terms, this can be read as: where there is no ideology, political parties disintegrate.
A glance at South Sudan’s current political quandary illuminates the consequences of ideological insolvency. Three years after attaining independence, that country’s main political party has split, and its political heavyweights have turned on each other. Commenting on the South Sudanese Crisis, Mehari Taddele Maru, a NATO Defence College researcher, observed that that “during the armed struggle for independence, the glue that kept the various divergent forces of the [Sudan People’s Liberation Movement] SPLM intact was their common enemy in Khartoum and their aspiration for self-determination and independence.
“Now, that glue is not strong enough to hold all divergent views together.” The SPLM situation is comparable to the infighting currently occurring within the MDC-T in Zimbabwe, which for some fourteen years has been held together by anti-Zanu PF sentiment. However, emotions are fleeting, and are therefore inadequate to hold an entire party together.
In conclusion, Vince, the MDC-T’s problem is not an issue of personalities. What that party needs is an ideological epiphany.
Tau Tawengwa is a researcher. He has a Master’s degree in Industrial Sociology and Labour Studies. www.zimrays.wordpress.com. Zimrays@gmail.com