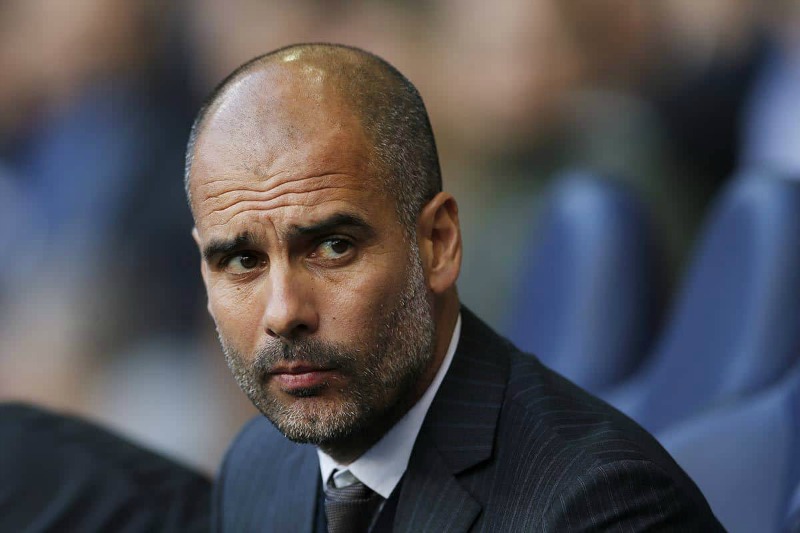 Manchester City failed to close the gap on log-leaders Liverpool after suffering a shock 3-2 defeat to Crystal Palace at Etihad Stadium on Saturday.

The result sees City four points adrift of the Reds, having played the same number of matches and brings to an end a nine-match winning streak at home. It is the first time that Pep Guardiola has lost to a team outside of the big six at home in his tenure.

Meanwhile, Palace’s previously under-fire mentor Roy Hodgson has guided the Eagles to their second successive win. The stunningly unexpected victory eases the pressure on the former England mentor, when just over a week ago it looked as if he was destined for the axe.

From the off, Palace looked intent on parking the bus which meant City enjoyed all the possession and territory. The hosts’ first real chance came in the 16th minute when the ball fell kindly to Silva but his effort was well blocked by Wan Bisakka.

Man City opened the scoring in the 27th minute when Kyle Walker’s diagonal found Leroy Sane, with the German winger laying it back for Fabian Delph who delivered a pinpoint cross off his unfavoured right foot for Ikay Gundogan to power his header past a helpless Wayne Hennessy.

Soon after, Crystal Palace were back on level terms and completely against the run of play. A hopeful ball forward was well-controlled by Wilfried Zaha who made some good ground upfield before the ball found its way to James McCarthur. The midfielder laid the ball back to Jeffrey Schlupp, who struck his effort ever so sweetly across the face of goal and into the bottom corner from the angle.

And in a remarkable turnaround just moments later, the visitors found themselves in front at the home of the defending champions. A tame defensive header from Bernardo Silva fell kindly for Andros Townsend with the Eagles’ winger producing a cracking 35-metre volley into the top corner of an unmoved Ederson’s net – definitely a contender for goal of the season.

This meant that for the first time this season Man City trailed at home in the Premiership at the halfway mark as referee Andre Marriner put whistle to lips.

With Gabriel Jesus having been a largely ineffective presence in the first stanza, Guardiola felt the Brazilian striker needed more support alongside him and brought Sergio Aguero on for compatriot Nicolas Otamendi in the 49th minute.

But a more attacking approach soon backfired on Guardiola as moments after bringing an extra striker on, Palace won a penalty. Bisakka’s cross was headed against the post by Townsend before the fall fell kindly to Max Myler only for the midfielder to be chopped down by Walker in the box. Skipper Luka Milivojevic made no mistake from the spot-kick as Roy Hodgson’s side took a shock 3-1 lead.

City brought on Kevin de Bruyne and Riyad Mahrez for Delph and Raheem Sterling respectively in one last roll of the dice. In the 75th minute, Sane was denied a spectacular goal when his free-kick curled over the wall but hit the wrong side of the post.

City were given a glimmer of hope after De Bruyne’s attempted cross found its way in via the back postin the 85th minute to set up a tense finale. Jesus had a gilt-edged opportunity late on but headed De Bruyne’s cross narrowly over when it looked easier to score.

And in the end, the Eagles held on for the precious three points to move above Newcastle in to 14th place on the standings.