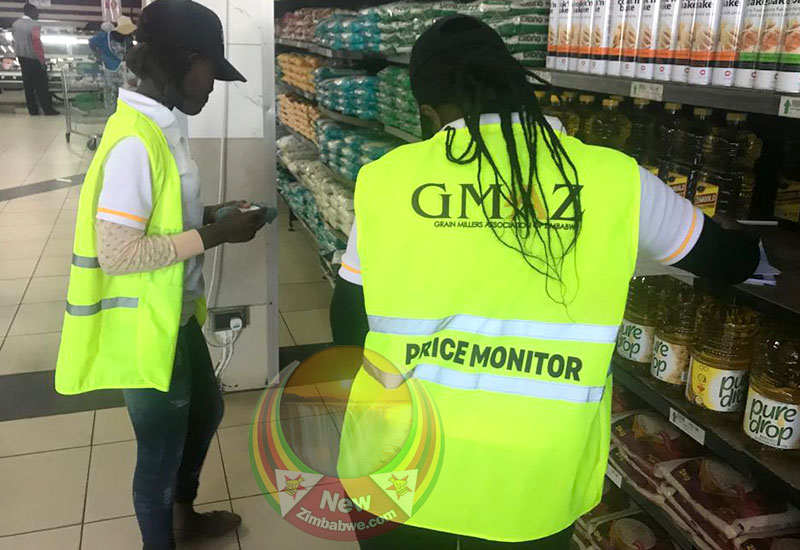 ZIMBABWEAN industrialists and economists say the current shortage of maize meal and the subsequent astronomical price increases of basic goods are being caused by the Competitions and Tariffs Commission’s (CTC) interference in the manufacturing sector’s self-regulatory initiatives.

CTC recently banned millers from monitoring prices of their products saying that they (millers) were creating cartels.

Millers, through their apex body, the Grain Millers Association of Zimbabwe (GMAZ) in May signed a Memorandum of Understanding with the Confederation of Zimbabwe Retailers whereupon the two parties agreed on a model pricing system of basic commodities.

The association said the price monitoring programme was meant to protect consumers from being short-changed by unscrupulous retailers.

As a result of this, the country is now having an acute shortage of maize meal which millers attribute to holding of the commodity on prices for speculative purposes by retailers.

Where maize meal is found, the commodity is being sold at exorbitant prices which are beyond the reach of the ordinary person.

Speaking at the state of the economy breakfast meeting organised by a local daily in Harare on Thursday, Dr Gift Mugano, the Africa Economic Development Strategies (AEDS) executive director said CTC was being anti-people.

“The CTC must be flexible and must move in tandem with events happening in Zimbabwe. Yes they have an Act but in as much as they have the role of implementing the Act, they must also consider the international experience in dealing with prices in this kind of the environment which is volatile, said Mugano.

He said there was no competition to talk about in a free market economy.

“How do you allow competition to take place when there is a shortage? The market will fail definitely! So we have seen that it is a basic practice globally even in South Africa. Even here (in Zimbabwe), we used to see Coca Cola putting the price on the trucks that the drink of Coca Cola costs $0.40 and that was self-regulation and the CTC was quiet about it. But right now the millers have come up with a mechanism of a value chain approach to bring in moral suasion in pricing of commodities and CTC is saying we have a mandate of avoiding connivance and cartels.

“It’s really a question of value chain approach, a negotiation to say that we should allow a situation where people go into a rent seeking behaviour and what is now happening is that some retailers are charging prices which are astronomical and you can see this.

“If you can just do window shopping, that one is five times more than the other on the same product and the same CTC is sleeping.

“They are not going there and investigate unfair pricing, but when the industry wants to self-regulate.

“In any way, the Consumer Council Act which is coming into play will allow industrial self-regulation. So if they continue with that they are going against the current legislative process which is being put by the government”.

“In my view, with the challenges that we are facing which are unusual for any country we probably need to introspect,. We need to go back to the basics and do what works and not just apply the rules that are perhaps sometimes applicable to a better functioning economy.

“So the initiative by the milling industry to try and self-regulate and control the events that are happening in the economy, perhaps what should be happening is there should be more discussions held with the authorities on how that can also work without infringing on the issues of competition,” he said.

Commenting on the same issue, Eve Gadzikwa, the Director-General and Secretary to the Standards Association of Zimbabwe said old management practices were suffocating the economy.

“We now need a mind-set change and management change programme starting from the top and the tone must be set right from the top and it must be cascaded right down through to the last person in this country so that this vision we can realise it for all the sectors across the board,” she said.

GMAZ deputy chairman Masimba Dzomba said it it were not because CTC suspended their price monitoring programme, retailers would not be holding maize meal for price speculative purposes.

“Although the allocations we are getting are lower than normal, they cannot, however, explain the shortages of maize meal being experienced. We strongly believe that maize meal is being transferred to further parts of the Southern region where there the product is being sold in Rands.

“We were able to trace this unethical practice through our Price and Commodity monitoring programme until recently when the exercise was banned by the Competitions and Tariffs Commission, and it’s unfortunate that the consumer is now exposed,” he said.

However, repeated attempts to seek comment from CTC director Ellen Ruparaganga were not successful.