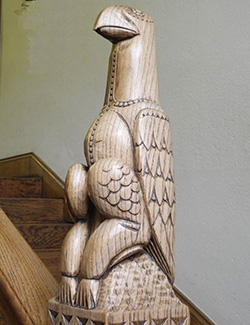 THE security services have been roped in to fight smuggling of the country’s cultural heritage which is said to be now rampant, having started under settler colonial rule.
Officials say trafficking of Zimbabwe’s cultural property has been aided by weaknesses in the country’s export and import regulations as well as the lack of capacity to deal with the problem.
National museums and monuments director, Ghodhi Bvocho, said corrupt curators have, since colonial rule, smuggled Zimbabwe’s cultural treasure to outside markets for financial gain.
“These property crimes have been on-going since colonial rule.
“Therefore, we have roped in law enforcement agencies to deal with the irregularities,” Bvocho told a recent meeting at the National Museums and Monuments Department’s headquarters in Harare.
Items stolen range from archaeological artefacts to contemporary art as well as decapitated heads of heroes of the First Chimurenga.
The objects include the Zimbabwe birds and ethnographic objects comprising headrests, individual ritual objects, walking sticks and clubs.
The army has offered its services to the department and agencies such as Interpol to help address the challenge.
Said Zimbabwe National Army (ZNA) legal officer, Major Beck Christopher Maposa: “We are offering our full support and protection by any means necessary.
“Even in the case of war or armed conflict, our museums and monuments should feel safe because we bear a mandate to protect our heritage.
“Mind you, heritage boosts our tourism.”
Interpol regional special officer, Rudolph Mbumba, added: “As Interpol, we are ready to help fight against heritage crimes.
“We are facilitating international police cooperation in the spirit of the Universal Declaration of Human Rights.
“Our database consists of 46,100 artworks from 131 countries that we need to protect and we have access to the tools needed for the police to do their job.”
National museums and monuments chief curator, Kundishora Chipunza, called for tougher penalties against perpetrators.
“Heritage properties are irreplaceable and priceless.
“Therefore, heritage crimes have to be taken into criminal law and those found wanting should be punished,” he said.
Traffickers have taken advantage of the vulnerability of African cultural property to illicitly supply a global industry which, according to UNESCO, is worth US$6 billion annually.Advertisement

The black market of cultural property, UNESCO adds, has grown 50% in the last two decades, largely driven by the internet.