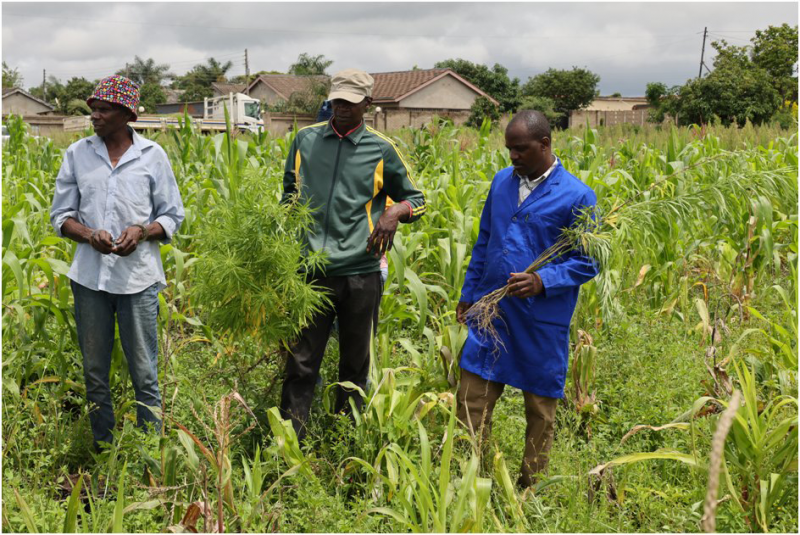 THE Zimbabwe Republic Police (ZRP) Saturday arrested one Lawrence Mutizwa on allegations of planting 700 marijuana (mbanje) plants at a church premises in the suburb of Westlea, Harare.

Police spokesperson Paul Nyathi confirmed the arrest on ZRP official Twitter account and urged the public to say no to illegal drugs.

“On 06 January 2023, police in Harare acted on received information and arrested Lawrence Mutizwa (54) in connection with unlawful cultivation of 700 plants of dagga at Pinnacle Baptist Church Stand, Westlea #notoillegaldrugs.”

The offence of cultivating cannabis carries a maximum sentence of 15 years.

In 2018 Zimbabwe became one of the first in Africa to legalise the production of cannabis for medicinal and research purposes, hoping for a fresh income stream of badly needed export dollars.

The nation recently scrapped rules requiring sole state ownership for cannabis farming to encourage investment in the plant for industrial and medicinal use.

However all farmers are required to be registered and licenced by the Medicines Control Act of Zimbabwe and Zimbabwe Investment and Development Agency.

So far they have issued about 57 licences.

Cannabis is seen as a less harmful alternative to cigarettes and its cannabidiol (CBD) widely accepted as a natural remedy.

However there are challenges in growing it such as  remain, huge cost of getting set up amid tight regulations, the requirement to use a greenhouse to meet the criteria for ‘organically grown’ cannabis necessary to be able to sell it to the medical market.