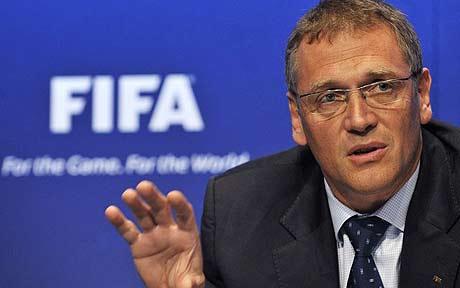 SOCCER world governing body FIFA has threatened to suspend Zimbabwe if the government carries through plans to fire ZIFA president Cuthbert Dube and disband the rest of his management team.
Dube was fired from the Zimbabwe Broadcasting Corporation and the government-run PSMAS medical aid scheme over allegations of corruption and incompetence.
And, in a campaign backed by the state media, the government, through deputy sports minister Tabetha Kenengoni-Malinga has demanded that he resign from ZIFA accusing him of failing to run the national game.
The deputy minister warned Dube not to underestimate her.
“If Cuthbert and (ZIFA CEO Jonathan) Mashingaidze really love football so much there is need to heed the call by the people. I don’t want them to look down upon me as a female leader because I am very capable,” said the deputy minister
“It’s a matter of having the right people in the right place, people willing to go an extra mile.
“Here we are talking of a football leader who was on many boards but was fired because of embezzlement of funds. We just want the right people in the right place.
“If Cuthbert really loves football he must do the right thing, he must step down, he must resign.”