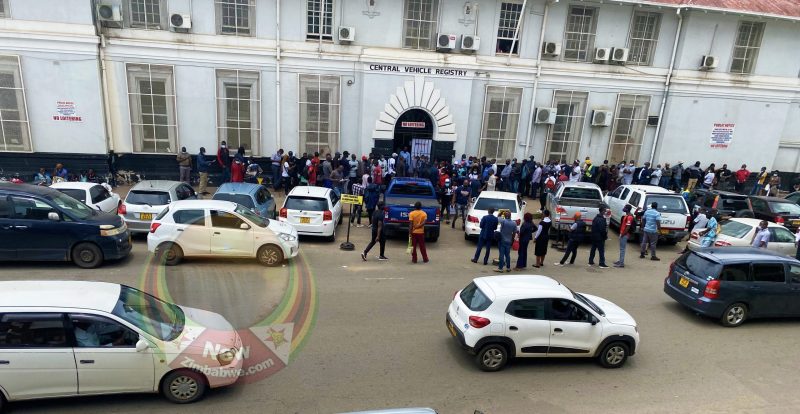 The police have launched a blitz impounding all unregistered vehicles in the country, a move that has seen thousands of motorists.

On Tuesday, the Transport Minister visited the CVR offices in Harare where he promised to clean the rot at the government department.

“Corruption has no place in the Second Republic. We are going to clean the rot at CVR and bring a new work ethic to the institution. No one should struggle to acquire number plates,” Mhona said.

“I was looking for those officials who were sending back motorists away without their number plates. Number one problem is corrupt tendency and work ethic which is quite poor and we are saying there is no reason. Someone who wants number plates is just told to come next week. They say we were told there are no number plates.

“That is not true, number plates are there. So, it calls for issues to do with patriotism at the end of the day. When you come to work, just do your work to avoid inconveniencing the people of Zimbabwe. I have mandated the VCR to look at his team and definitely, those that are not performing must not be at a certain place.”