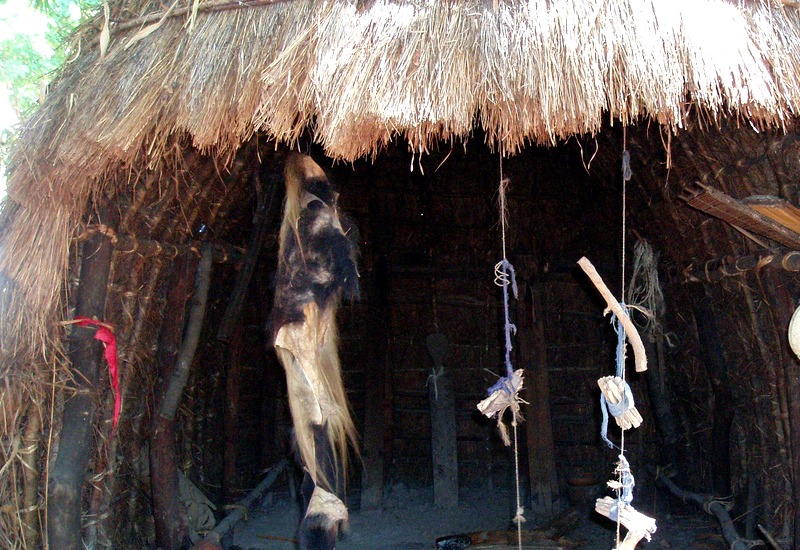 TRADITIONAL healers in Chimanimani district, Manicaland province are facing a severe challenge of accessing herbal plants in the area following the devastating Cyclone Idai, which washed away a lot of plants.

For years, the district and neighbouring Chipinge have been renowned for being well-endowed with herbal plants and being a traditional healers’ haven.

However, in March 2019, a tropical storm, Cyclone Idai, hit the two districts and other parts of Manicaland, Masvingo and Mashonaland East provinces killing hundreds of people, displacing thousands others and destroying people’s livelihoods.

The cyclone also washed away some medicinal herbs and shrubs which traditional healers use to treat their clients.

Herbalists and villagers who spoke to NewZimbabwe.com last week confirmed the shortages of traditional medicine as a result of the Cyclone Idai.

The herbalists said the most difficult plant to access was that of treating sexually transmitted infections (STIs).

A popular traditional healer based at Tiya village, Sekuru Gora said he was no longer able to cure certain aliments because the herbal plants were washed away by floods.

“There is a herbal plant called Fuko, which grows along river banks. I used that plant to treat my clients suffering from infertility and period pains. This plant is now scarce because it was washed away by the rains,” said Sekuru Gora.

The traditional healer said he lost a lot of business during the festive season as he could not assist his clients seeking his services.

“During the Christmas holiday, I lost a lot of business as some clients from as far as South Africa and Botswana came seeking help. Even my local clients are also stranded because I cannot service them anymore,” he said.

Another popular herbalist based at Machongwe area, Musabhuya Chiropa who specialises in treating STIs and aphrodisiac herbs said he has been also counting his losses because of the cyclone.

“Mitombo yangu yose yakatorwa nemvura (All my herbs were washed away by floods). I am now forced to travel to far areas to look for the herbs. I use different herbs to prepare my concoctions. I treat all types of STIs,” said Chiropa.

A villager who only identified himself as Zvata said most people in Chimanimani were now finding it difficult to seek assistance from local herbalists as they are now charging more money.

“Before the cyclone, it could only take a hen for one to be treated for a disease like an STI. Now the healers are charging their services in the South African Rand or US dollars,” said Zvata.