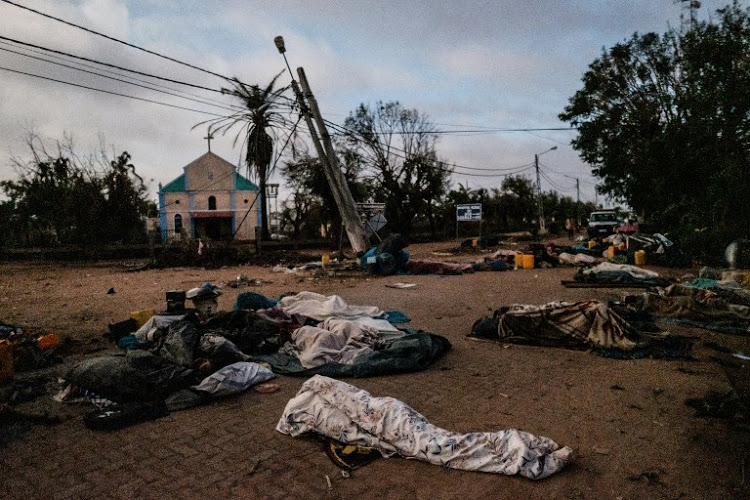 The official death toll from Cyclone Idai, which tore through southern Africa more than a week ago, rose sharply on Saturday as authorities reported scores more deaths.

The number of people declared dead in Mozambique rose from 242 to 417, Land and Environment Minister Celso Correia said.

The new figure puts the overall death toll at about 700 people across Mozambique, Zimbabwe and Malawi.

The toll is expected to rise further.

The storm has killed at least 259 people in Zimbabwe, while in Malawi 56 people died when heavy rains hit ahead of the cyclone.

But the United Nations said officials will only be able to determine the final casualty figure once the flood waters have receded.

The UN Office for the Co-ordination of Humanitarian Affairs (OCHA) said on Saturday that the Buzi and Zambezi rivers were at risk of breaking their banks again.

“We’re going to have to wait until the flood waters recede until we know the full expanse of the toll on the people of Mozambique,” OCHA co-ordinator Sebastian Rhodes Stampa said.

Thousands remain trapped by the floodwaters, and many of the Mozambican government’s relief centres have only just started receiving food supplies.

Some 1.7 million people are said to be affected across southern Africa, with no electricity or running water in areas where homes have been swept away and roads destroyed by the floods.

On Friday, cases of cholera were recorded in Beira in central Mozambique. The International Federation of Red Cross and Red Crescent Societies (IFRC) warned of the risk of other outbreaks, already noting an increase in malaria.

Aid workers are slowly delivering relief, but conditions are said to be extremely difficult, with some areas completely inaccessible and helicopters scarce.

Aid groups said Mozambique had borne the brunt of flooding from rivers that flow downstream from neighbouring countries.

Nearly 90,000 Mozambicans are thought to be sheltering in temporary sites, while thousands of others are still stranded in floodwaters, AFP news agency reported.

“We are living an unprecedented natural disaster. A disaster that only matches major disasters,” Mr Correia said. “Unfortunately, no-one in the region and in the world could predict a disaster of this size.”