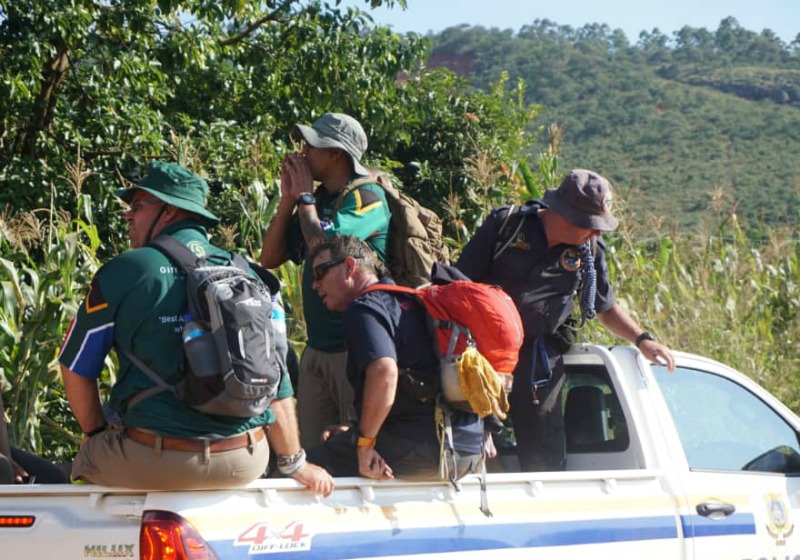 SA dog handlers in the field
Spread This News

AS the search and rescue mission reaches its peak in Cyclone ravaged areas of Chimanimani and Chipinge, sniffer dogs hired from South Africa have so far helped identify 23 points in Ngangu and Kopa areas where bodies could have been deposited by furious floods, a government official has said.

More bodies are believed to be buried in rubble and mud, days after Cyclone Idai battered Chimanimani and Chipinge areas in Manicaland province, leaving massive death and destruction.

Restless families still live in the hope of finding their loved ones who went missing although hopes of finding them alive have faded.

Manicaland provincial administrator Edgars Seenza said sniffer dogs have managed to identify 12 points in Ngangu which have been marked while other 11 points were identified in Kopa when specialist teams visited the area over the weekend.

Seenza said Peacock and Paramount brought two dogs and they were expecting two more dogs from Malcolm team from South Africa, courtesy of Gift of Givers, a disaster relief group of African origin based in South Africa.

“The search team has managed to identify 23 points in total in Ngangu and Kopa and we are expecting two more dogs from Malcolm team from South Africa,” said Seenza.

He was briefing a delegation of top government officials who visited Manicaland over the weekend to assess the situation on the ground.

He said a poor road network were hampering the movement of machinery such as excavators to the sites to help move rubble.

Since disaster struck over two weeks ago, there have been conflicting reports on the real number of people who have died from the catastrophe with figures ranging from 180 to 300.

Seenza said the search team will also proceed to areas such as Machongwe, Risutu and Vhimba near Mozambique border where many people are suspected to be buried under rubble.