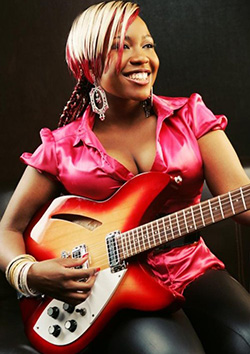 SHE was heavily tipped by the grapevine as being suitable as a candidate to represent Zimbabwe in Big Brother Africa’s freshest season which hits the continent’s screens come August 7.
She followed the encouragement of a media and grapevine, ignorant of the workings of Big Brother and auditioned for the popular reality show that spawned names like Tapuwa Mhere, Munya Chidzonga and Bertha Zakeyo.
But seasoned musician and beauty Cynthia Mare, armed with her inimitable beautiful voice, luscious voice and succulent features was not good enough for the selectors at Big Brother Africa and her
audition fell flat on its face.
However, afraid of being tagged a failure, Cynthia, who auditioned on the quieter Sunday accompanied by her Manager identified as Njabulo Titan Nkomo went straight to the media after losing and refuted talk that she had auditioned and was one of the big name casualties who
were rejected saying she hadn’t auditioned.
“Well I have read reports suggesting that I must take a go at BBA and I appreciate the love that people are showing but I feel I am not ready for that kind of publicity now,” said Mare when quizzed of her Big Brother audition.
“I cannot afford to lose three months of productive time stuck in the BBA house. I am focusing on my music for now and I hope whoever goes on to represent the country at the television show will do so with pride and fly our flag high.”
‘Cynthia Mare snubs Big Brother’ was the all-round media response.
Yet a mole can reveal that the belle auditioned and certainly raised eyebrows from the staff that were working there that captured her famous name-and her famous failure.
“She was there and came with some young man who accompanied her. I looked at her name and found it familiar and when she left I asked a friend who remembered her and we can definitely say she was there,” said the source.
“In fact, were it not for confidentiality I could have given you her auditioning number but I can confirm it was on Sunday and that her number was between 160 and 170; that I can assure you.
“I took a picture of the entry and have it in my phone coz I was celebrity hunting.”
And yet the ‘Zuva Rimwe’ singer remained adamant that she had not auditioned for fear that she may be seen or labelled a failure.Advertisement

However, many other Zimbabwean celebrities auditioned bravely but, with the norm in Big Brother, the name or names of the eventual Zimbabwean reps will only be available come the night they enter the most famous house in African reality television early next month.
Catch Me When I Fall by Cynthia Mare