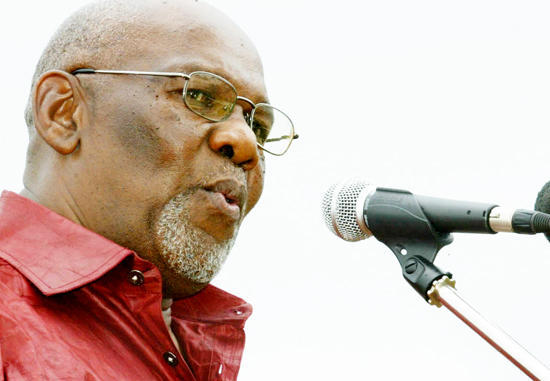 FORMER liberation movement, Zapu’s wartime intelligence supremo, Dumiso Dabengwa has blamed the “politics in Zimbabwe” for his party’s failure to document its exploits during the struggle years.

Dabengwa was keynote speaker at a commemoration event in Johannesburg South Africa to remember cooperation between Zapu and the ANC at the height of the liberation struggle.

“The delay on more than four (4) decades to tell our nations about the Zimbabwe People’s Revolutionary Army (ZPRA)’s version on the war of Zimbabwe’s liberation armed struggle was not deliberate but the politics in play since 1980 was to blame,” said Dabengwa.

Zipra was Zapu’s wartime military wing that operated from Zambia.

At independence in 1980, Zapu then lead by the late Joshua Nkomo who later became the country’s Vice President was emasculated by then Prime Minister Robert Mugabe especially in the first decade of majority rule.

Mugabe embarked on a brutal campaign code named Gukurahundi that he said was meant to rid the country of dissidents but critics argue it was aimed at decimating Nkomo’s party.

Nkomo capitulated in 1987 and his party was swallowed into a “united” Zanu PF.

Dabengwa served as Home Affairs Minister before he left government 10 years ago but has failed to make an impact on the local political scene.

Zapu has also failed to pressure government to return its properties confiscated in the early 80s as part of the Gukurahundi campaign.

In his comments, the new Zapu leader suggested Mugabe’s wartime Zanu was not an authentic nationalist party.

endeared freedom. In doing so, we also recognize that during that difficult period of the liberation struggle of Southern Africa, Zapu was one of the five authentic liberation movements others being MPLA (Angola) , FRELIMO(Mozambique), SWAPO (Namibia) and the ANC.

“The other four are in government. Lest we forget, these movements still have an obligation to acknowledge and honour the sacrifices of our people in particular those in our liberation armies by fulfilling what they fought for-the values of our liberation struggles,” he said.

The history of Zimbabwe’s liberation struggle as told by authorities seems to revolves around Zanu’s exploits and has literally erased Zapu’s contribution except for passing comments on Nkomo’s contributions.