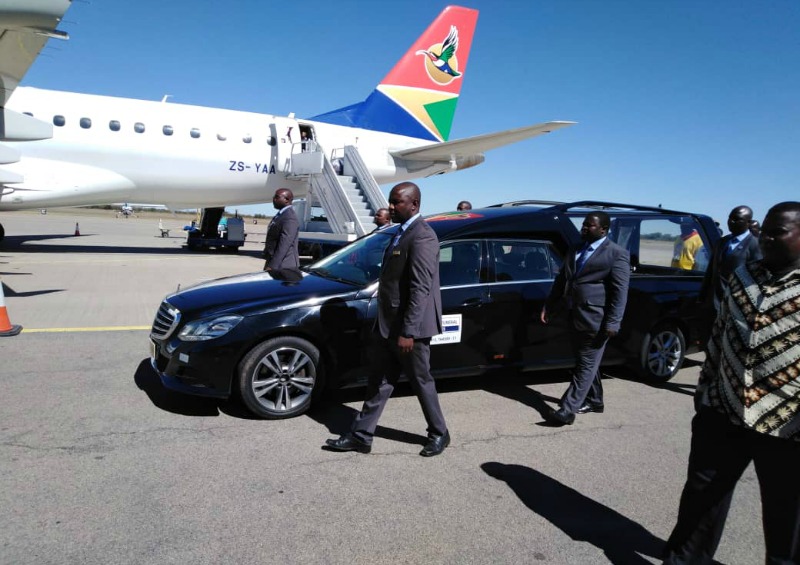 The body of the late Dumiso Dabengwa
Spread This News

About 300 people including ZAPU supporters clad in party regalia sang and danced as the South African Airlink plane touched down at the airport with scores of police officers controlling the crowd.

Dabengwa’s widow, Zodwa and other family members and relatives were among the mourners at the airport. Among top government officials was the resident Minister for Bulawayo Metropolitan, Judith Ncube.

The casket was loaded into a Nyaradzo hearse and was taken to Nyaradzo funeral parlour where it will lie in state until Friday before it is taken for burial in Ntabazinduna.

Dabengwa died in Kenya last Thursday on his way from India where he gone for treatment.

Vice President Kembo Mohadi on Sunday announced that Dabengwa had been declared a national hero.