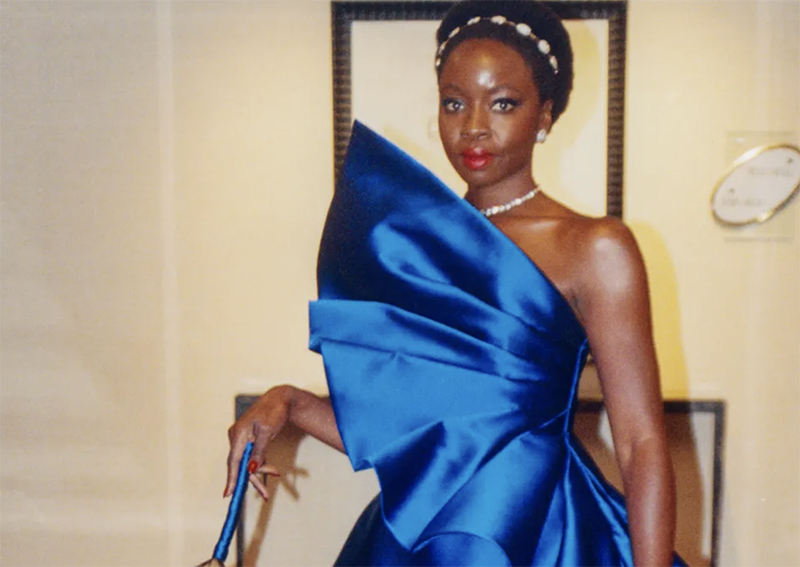 The custom design references the voluminous silhouettes of the 18th century. Yet Gurira, who was raised in Zimbabwe, and Abijako, who is Nigerian, also wanted to infuse their African identities into the theme.

To do so, Abijako also looked to Festac ’77 for inspiration—a historic international arts festival that was hosted in Lagos, Nigeria during the ’70s and brought together thousands of artists, writers, musicians, and activists from the African diaspora.

“I referenced the massive silhouettes that performers wore at that festival,” says Abijako. “I wanted to pay homage to them, and the silhouettes translate to the 19th-century.”

The designer also paid homage to Festac ’77 in his recent Homecoming collection, but given the Gilded Age dress code on the Met’s red carpet, Abijako wanted to highlight this aspect of African culture once again.

“I couldn’t find references [in the Gilded Age] of people that look like us,” says Abijako. “We also know the historical context as to why. The most exciting part was being able to reimagine what these people looked like.”

Gurira, who is a fan of Abijako’s work, felt he was the right designer to take this idea and run with it.

“That post-colonial intersectionality that he speaks to, in terms of Western influence and finding your own African identity—I was like, ‘Is he reading my mind?’ He has a very rich vision,” she says. 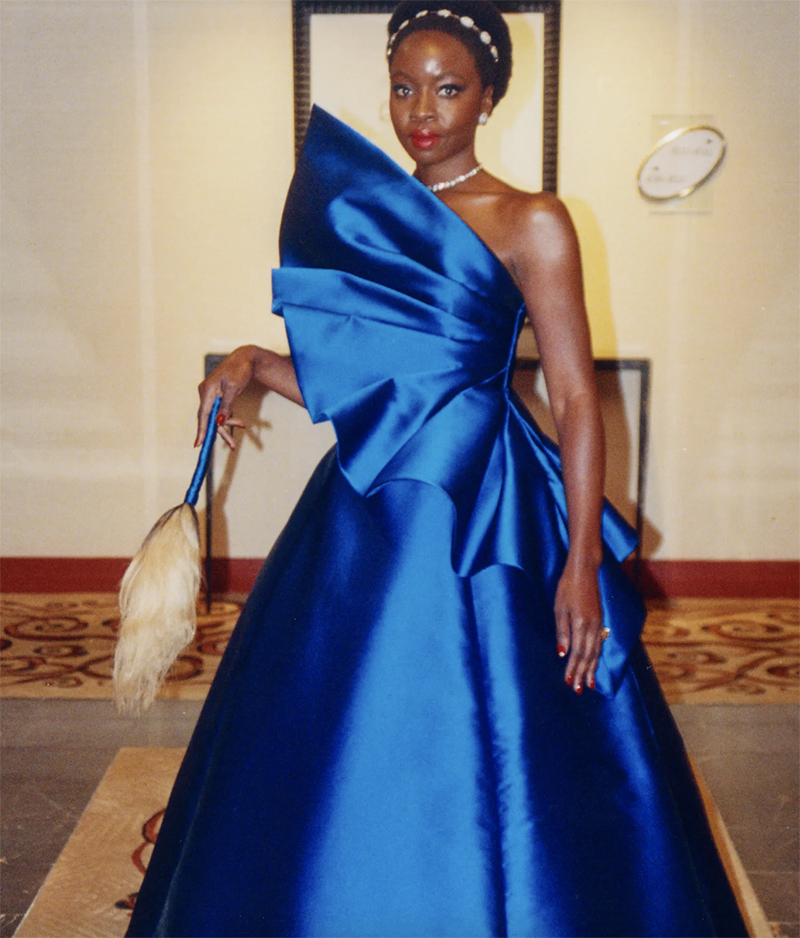 Gurira’s Met dress came together rather quickly—in about a week—and was made using Mikado, an Italian silk. “I wanted something that felt luxe,” says Abijako. Gurira was set on the royal blue colorway.

“To me, it’s a very striking color,” says Gurira. “I feel it works very well on African, dark skin.” Abijako adds that the electric hue ties into the theme as well. “It’s [a color] that was actually consistent during that time period, especially in paintings.”

While the design is rooted in African culture, Abijako and Gurira wanted to capture a sense of Americana given the “Anthology of Fashion” exhibition inside the Met is a celebration of American style. “

The shape of the top replicates the wings of an eagle,” says Abijako. “It draws parallels to American symbolism.” That element was one of Gurira’s favorite details. “The dress feels like it’s taking flight,” she says.

“It has a beautiful component to it—like you could fly.” Streamlining the bustle-like shape was also a nod to a clean, easy American sensibility. “It feels fresh and different, but playing off something we already know,” says Gurira.

Creating a custom look for the Met Gala tonight has always been a dream for Abijako. Before launching his label Head of State in 2016, the designer would often use the various Met Gala themes as a way to inspire sketches or ideas for fun.

“I figured I would never get invited to [the Met], but I would always take the theme and sketch and mess around a little bit,” says Abijako. “So it came full circle to do the Met this year—I’ve been preparing for this for a while!”

Gurira was simply thrilled to work with Abijako on such a memorable moment.

“I love feeling like I’m transformed by what I’m wearing,” says Gurira. “I’ll find a character that the clothing has told me who I am.” Clearly, she’s someone very fabulous this evening.

Below, detail shots of Gurira’s Head of State look for the Met Gala.